PHOENIX - Police say a man was found shot and killed early Monday morning inside a van in Phoenix.

According to Phoenix police, the man was found with a gunshot injury at 5:22 a.m. near Second Avenue and McKinley.

The intersection of Second Avenue and McKinley is closed due to the investigation.

No suspect information has been released at this time.

If you have any information on the shooting, you're asked to call Silent Witness at 480-WITNESS. 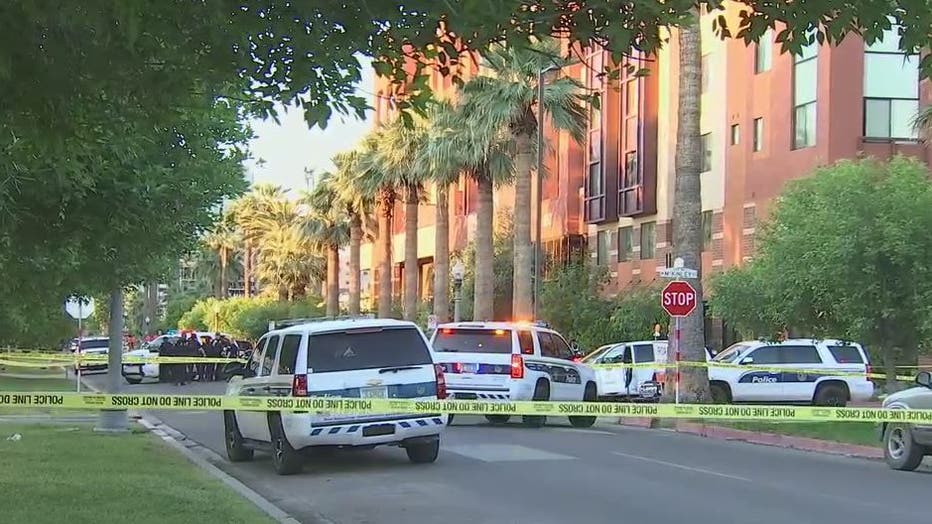