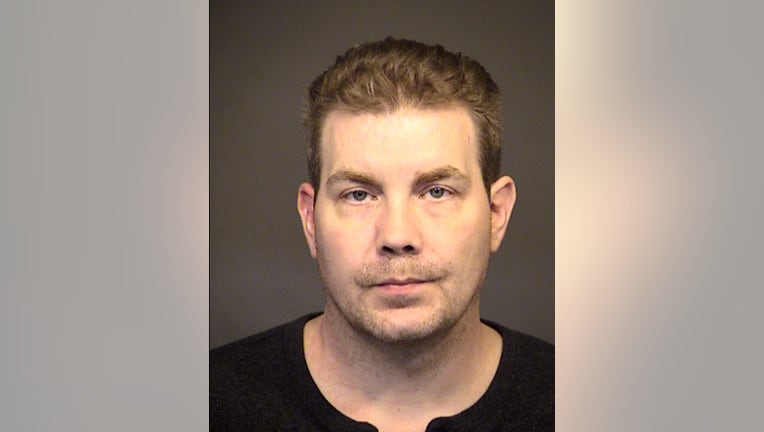 MESA, Ariz. - A 42-year-old man is accused of conspiring to kill his wife by poisoning her so that he could continue a long-term affair he was having, says the Mesa Police Department.

For 6 months, Dallas Michaels would allegedly speak with a woman about killing his wife and collecting her life insurance money.

Police say he wanted to give her a lethal dose of fentanyl in a drink.

The woman told investigators of his plan on June 12th.

On June 25th, investigators got hold of texts between Dallas and the woman where he said he was going on a family trip to California and was "doing it then."

In a conversation between Dallas and the woman overheard by detectives, he reportedly said he arranged to buy fentanyl and was ready to finally kill his wife.

Authorities made contact with Dallas and he was arrested. Police say he admitted to talking to the woman about killing his wife but said he was wanting to kill himself more.

"He stated both he and his wife have life insurance policies and he described the overdosing strategy to avoid suspicion," the department said.

Police say Dallas was charged with one count of conspiracy to commit murder and one count of solicitation to possess narcotics.