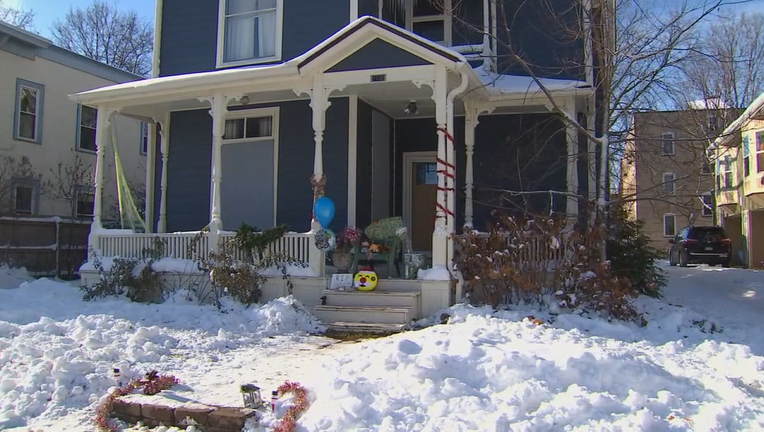 This Minneapolis home was the site of a triple murder-suicide Sunday morning. The incident occurred one year after the assailant filed for divorce.

MINNEAPOLIS (FOX 9) - More details are coming to light about a tragic triple murder-suicide that claimed a mother and her two young boys Sunday at their Minneapolis home.

A memorial to them is growing Monday on their front porch.

The neighbor says he can't sleep because of the images burned into his mind and new court documents reveal the man filed for divorce from his wife one year ago.

“And I’m yelling, ‘Please stop,’ I’m swearing, ‘Please, no, no don’t do this,” said Erik Wiltscheck, a neighbor.

Wiltscheck said he is haunted by what he saw. The boys, 8 and 11, were running with backpacks onto the front yard from their own father who was shooting at them from the porch. He walked into the yard again and shot them, essentially point blank.

“I haven’t slept yet and I have these images,” Wiltsheck said. “My mind, once I captured that in my mind, I can’t. Them images are burned into my mind forever.” 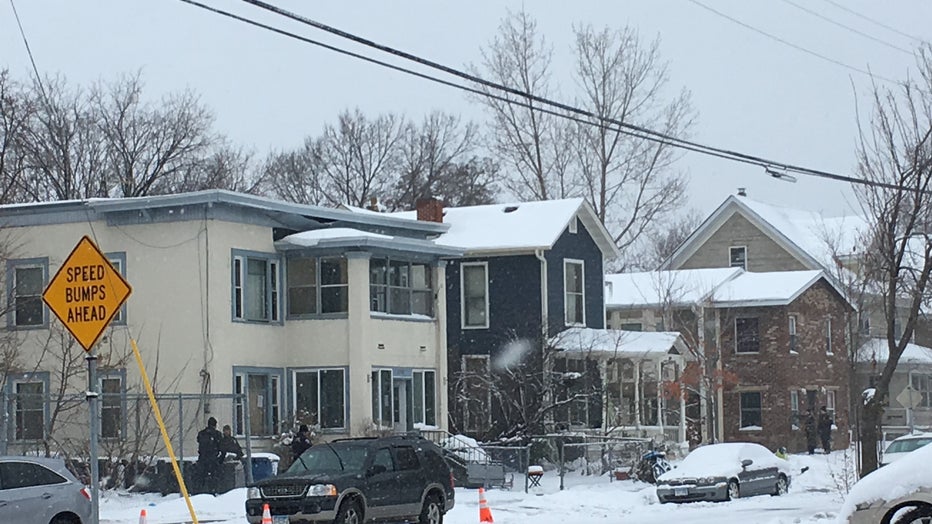 Police respond to the triple murder-suicide on the 2700 block of Oakland Avenue South in Minneapolis.

Wiltscheck had helped 39-year-old Kjersten Schladetzky clean her sidewalks earlier Sunday morning. He had seen their dad, 53-year-old David Schladetzky, a few days earlier. He said it appeared the man was back to pick the boys up Sunday.

“When he dropped them off the other day, they had their backpacks also, and everything was happy then,” Wiltscheck said.

Divorce documents show David filed for divorce one year ago and that the marriage had broken down. He’d been a stay-at-home dad, so she paid spousal support.

The two parents shared custody and the father generally had the kids Sunday to Wednesday.

“The facts of the matter are so bad they’re nearly unspeakable,” said Minneapolis Mayor Jacob Frey.

Frey commended the officers who risked gunfire to get the boys off the yard to try and save them.

Wiltscheck said he can’t stop replaying the scene over and over.

“And that dad always asked me to look out for, ‘Can you look out for my kids and house,’ and it’s him I had to watch out for,” Wiltscheck recalled.