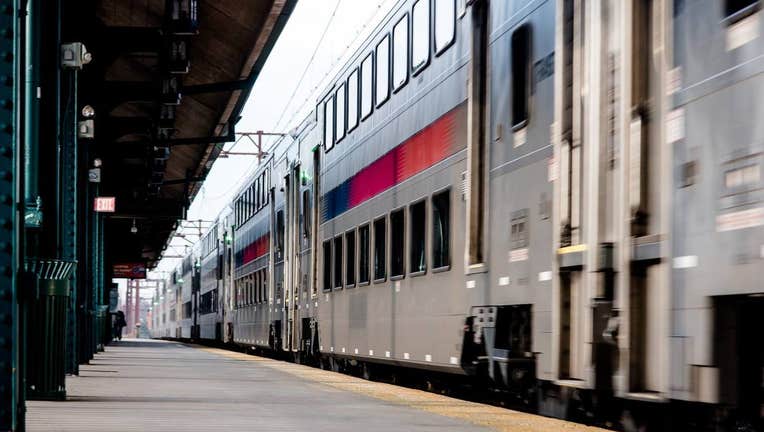 NEW YORK (AP) - The commuter who filmed another man shaving on a commuter train heading out of New York City and posted the video on social media says he never intended any harm.

"I never intended any harm by taking or posting this video," Pete Bentivegna said in a tweet Tuesday. "There has been a lot of licensing interest and all proceeds will be going to support Anthony Torres and his family."

Bentivegna was on a Thursday evening New Jersey Transit train when he took the video of Torres, sitting in his seat, steadily swiping away at his lathered face and tossing the shaving cream from the razor onto the floor.

The self-grooming earned its share of negative comments on the internet, with insults like "slob," ''animal" and "nasty." Others humorously lauded his steady hand with a razor. A few cautioned against passing judgment and suggested people didn't know the whole story.

Torres told The Associated Press that the people judging him on social media don't know the struggle he's been through in his life.

"My life is all screwed up. That's the reason I was shaving on the train," he said.

Torres said he had been homeless and staying in a shelter in New York City. He said he left the shelter before having a chance to shower and clean up and wanted to look "presentable."

"I don't want to say that I'm homeless, let everybody know," he said. "That's why I was shaving."

Torres said he didn't realize he was being filmed on the train. When he found out the video was circulating on the internet, he was amazed and a little upset.

"I never thought it would go viral, people making fun of me," he said.