Animals at the Maryland Zoo flexed their Olympic-inspired moves in the zoo’s Olympic events.

BALTIMORE, Md. - Animals at the Maryland Zoo in Baltimore demonstrated their Olympic-inspired moves with "performances" in gymnastics and track and field on July 29.

In a video posted by the Maryland Zoon, Tyson, a military macaw, walks along a "balance beam." Louie, a green-winged macaw performed a routine on the "uneven bars" which were the arms of a zookeeper.

Julio, an armadillo, runs through a long orange tube, chasing a treat in a track event. Last but not least, Klaus, a Von der Decken hornbill puts on a running spectacular while running and jumping toward a treat. 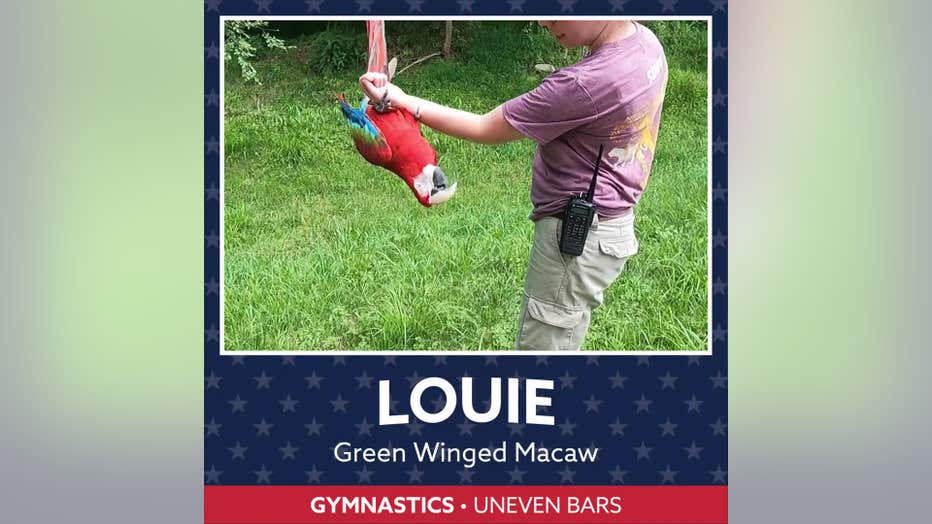 The 2020 Toyko Summer Games began last Friday on July 23 and the competition will run until Aug. 8. (Maryland Zoo)

"It’s time for our animal athletes to show off their Olympics training!" wrote the zoo. "Today we’re highlighting the gymnastics and track & field events. Help us cheer on the competitors as they each give a gold medal performance!"

Animals aren’t the only ones getting in the Olympic spirit, children around the United States have been showing off their Olympic-inspired style with living room gymnastics routines and toddler track races.

The 2020 Toyko Summer Games began last Friday on July 23 and the competition will run until Aug. 8. As of Friday, July 30, the United States leads in the total medal count with 41 medals and ranks third behind China and Japan in gold medals with 14.