After a massive fire tore through a Phoenix recycling yard in June 2021, there's been a major change in how the city is bringing businesses into compliance. FOX 10's Brian Webb reports.

PHOENIX - In June 2021, a massive fire tore through a Phoenix recycling company. Hundreds of firefighters had to be called in to help fight the blaze, and it generated the largest response in Phoenix Fire Departrment's history.

The massive blaze at Friedman Recycling saw wood, tires, and other raw materials burn, sending a huge plume of smoke into the sky. It led to a major change in how the city brings businesses like these into compliance. 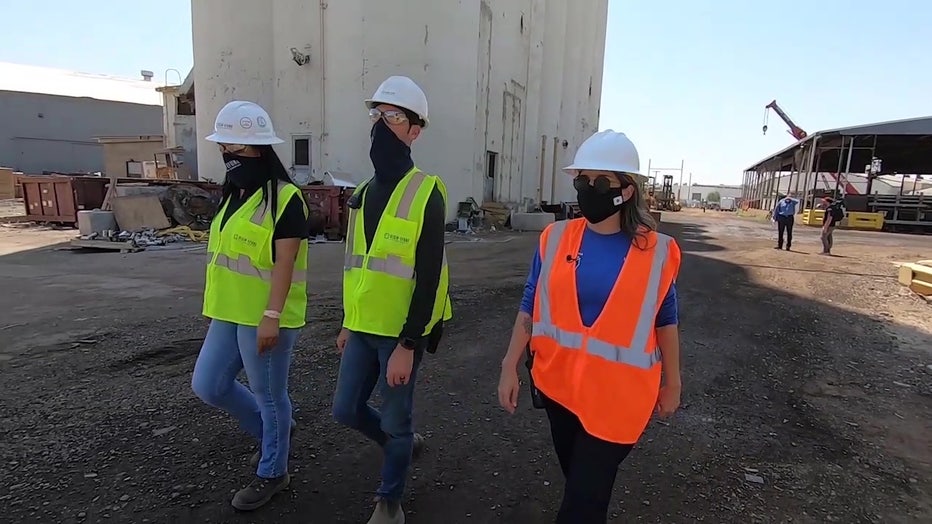 "It's been a little crazy. We had our work cut out for us," said Phoenix Fire Inspector Lisa Lerma.

Lerma is one of only six Phoenix Fire inspectors. She and her team are tasked with inspecting hundreds of recycling businesses across the city.

"There really is a large amount and, you know, a lot of these facilities, while they have been in business for many years, a lot of them haven't. They're not familiar with fire code. You know, they're not fire code experts. It's it's our opportunity to come out here to kind of enlighten these people on what fire code is, give them the tools they need to be compliant, and make sure that they're running the business in the safest way possible," said Lerma.

One day, inspectors were paying a visit to Olgin+Efune Recycling, a full-service recycling company specializing in brass, copper and aluminum.

"They came out about a month ago to do an inspection, and flagged one of our fuel tanks that we immediately remedied," said co-owner Chad Olgin. "To us, piles of metal, they're fluid. They move all the time, so we aren't seeing it from a fire standpoint. We're seeing it from an operation and a production standpoint."

Olgin said inspections like these are key to keeping his business and others like it up and running, while also keeping it safe for those who live and work in the nearby neighborhoods.

"We work with a neighborhood that's right next to us, and the last thing that we want to do is have a fire," said Olgin. "It affects the neighborhood. It affects everyone that actually sends product to here. So let's say this business is now shut down because of a fire. Well, the company that used to ship product here, now they can't and so on and so forth. So it's kind of a domino effect." 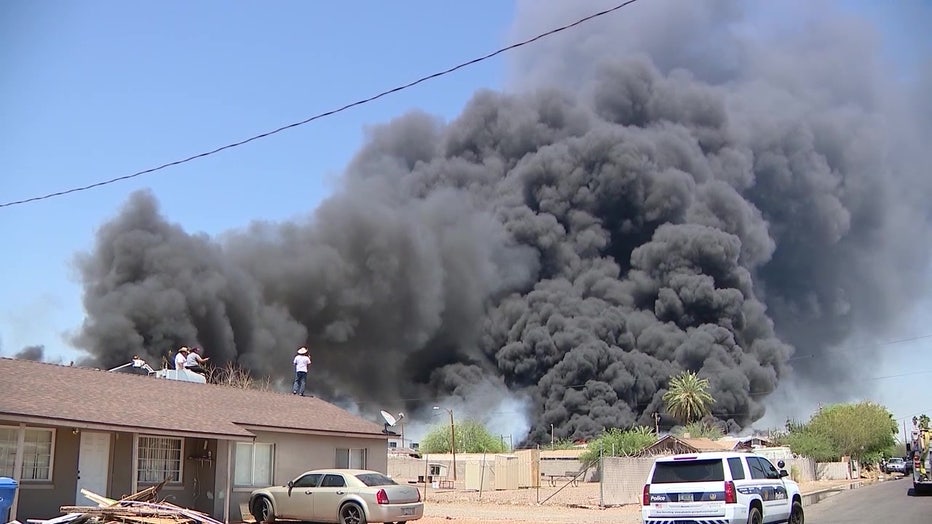 Following the fire at Friedman Recycling, the city's inspection teams began to identify hundreds of other businesses that posed a fire risk.

Scholl says education is the first step in helping these businesses look for potential dangers, because as Lerma and her team have learned, some recycling companies don't always recognize the hazards of their jobs.

"I was at a pallet yard and they had a sawing operation on top of the roof., so we run across some pretty bizarre things," said Lerma.

They say one of the biggest ignitors is lithium ion batteries: some businesses don't even know they're there.

"And then, due to the heat that we're experiencing in the City of Phoenix, they ignite," said Lerma. "Ignite the pile, and then that spreads, and that's why how we end up with these multiple fires."

Access is also a major concern: can crews get into position to fight a potential fire? Can they find a reliable water source near the property? The team is also looking to identify whether the businesses have defensible space around their property.

"If we have a fire at one pile, we can actually protect all the piles around it to keep that fire nice and small, and that's our goal," said Scholl.

"If there is a fire and a premise is storing combustibles along their lot line, there's a greater chance for those to jump the line and go on to their neighbor's property," said Lerma.

Increased fire dangers this summer meant inspectors were given the freedom to issue citations on the spot. Some of them have ended up in court, but many are getting resolved rather quickly.

"The nice thing about the citation process is once I issue a citation, there's about a month time between the actual court date, and all the ones that we've taken so far have come into compliance in that time frame, which is amazing," said Scholl.

Officials with the City of Phoenix estimates there are more than 550 recycling yards in Phoenix that they know of, and it is the ones they do not know about that concerns them. This summer, however, inspectors were able to identify and inspect all the facilities, and bring them into compliance.