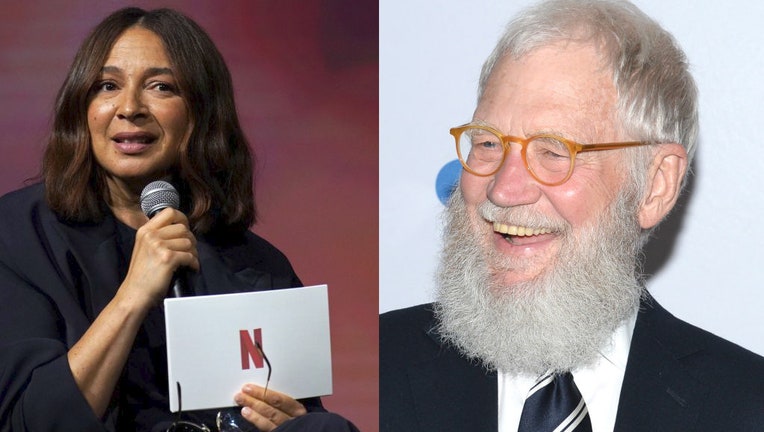 Maya Rudolph recalled feeling "embarrassed and humiliated" during her first appearance on "The Late Show with David Letterman."

"He said my name wrong, and I just sat there…I grew up my whole life in love with you, and now my heart is broken… I’m sitting here embarrassed and humiliated," the "Bridesmaid" star told WSJ magazine in an interview published Friday.

The 50-year-old comedian continued to say she didn’t know how to "handle" the situation at the time in 2009.

"I didn’t know how to come up with something funny to say. My public persona muscle wasn’t strong yet," she added.

In 1999 Rudolph rose to fame while being a cast member on "Saturday Night Live."

She opened up about her challenges while being in the spotlight, and confessed she struggled with interviews and red-carpet appearances.

MAYA RUDOLPH TALKS RETURN TO 'SNL' AS KAMALA HARRIS, SAYS IT'S HER 'CIVIC DUTY' TO HELP HER WIN ELECTION

"It would always feel like someone was stealing my soul," said Rudolph. "That’s where, over the years, I created a persona to protect myself."

"I've definitely gotten much better," she remarked. "When I'm uncomfortable, I try to be funny."

‘SNL’ LAYS INTO BIDEN FOR RECENT MISSTEPS – LITERAL AND OTHERWISE

She will also star in the "Enchanted" sequel, "Disenchanted," alongside actress Amy Adams in November.

Despite playing several popular comedic roles during her career, Rudolph said she doesn’t consider herself a celebrity.

"I know I’m a working actor and people know who I am, but I don’t feel like a celebrity, because that word means something else today to me," she noted.

"There are a lot of different types of celebrities these days and a lot of self-made celebrities where people are famous for being famous, and that isn’t what I do."