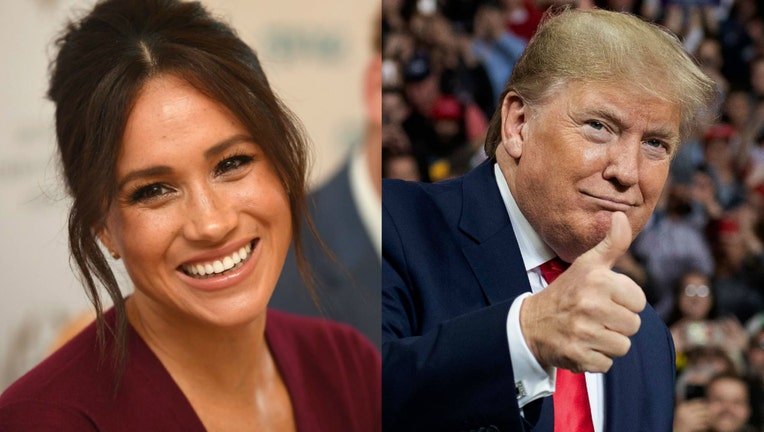 Prince Harry and Meghan Markle reportedly want to make Los Angeles their new home following the announcement that they will "step back" as members of the Royal Family, but only after Donald Trump's presidency ends.

Even though the couple plans to live in Canada to start off, their true goal is to eventually have a home or business in Los Angeles, anonymous sources told the Daily Mail.

Markle, 38, has been openly critical of Trump, reportedly calling him "divisive" and "misogynistic" back in 2016. The Duchess of Sussex threatened to move to Canada if he defeated Hillary Clinton back in the 2016 election, according to the outlet.

Markle was on maternity leave during Trump's first state visit to the United Kingdom and couldn't make it, according to Politico. After news broke that she would miss his visit, he was asked by a Sun reporter during a pre-trip Oval Office interview back in June if he knew Markle was critical to him during his campaign, the outlet added.

“A lot of people moving here, so what can I say? No, I didn’t know that she was nasty,” Trump said when asked if he knew why she wasn't "very nice" to him, according to the outlet.

When discussing where they want to live, Markle and Harry, 35, used the broad brush of "North America," which doesn't "pin them down to one place," the outlet's source explained.

The U.K. tabloid added the move is "by no means an immediate thing." Markle, however, grew up in Los Angeles and her mother, Doria Ragland, still lives there.

The couple announced Wednesday they would "step back" from royal duties.