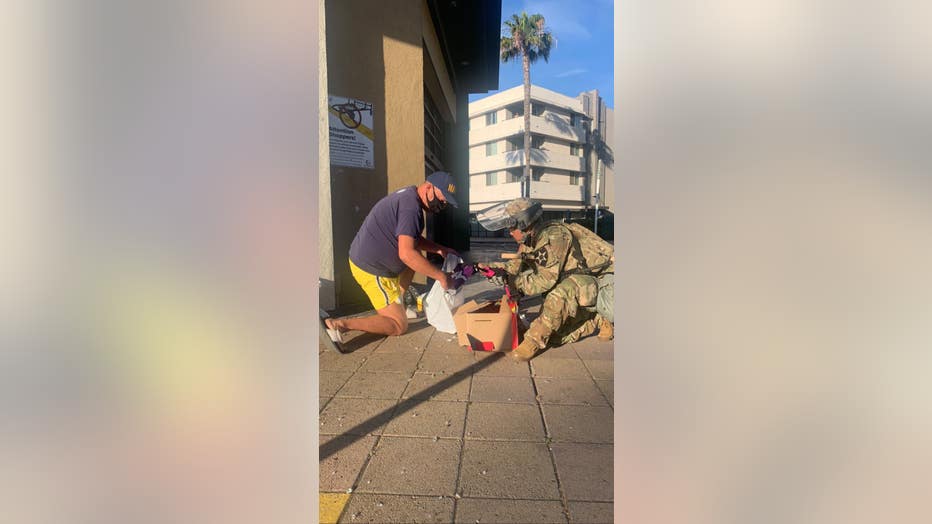 A peaceful protest Sunday over the death of George Floyd at the hands of a Minneapolis police officer was marred by a separate group of individuals who intended to capitalize on the crowds in order to cause chaos in the city. Looters hit the downtown area as well as other commercial areas.

A Long Beach resident who attended the protest told FOX 11, "the National Guard had nothing to do with this and they're cleaning up the glass and the mess." 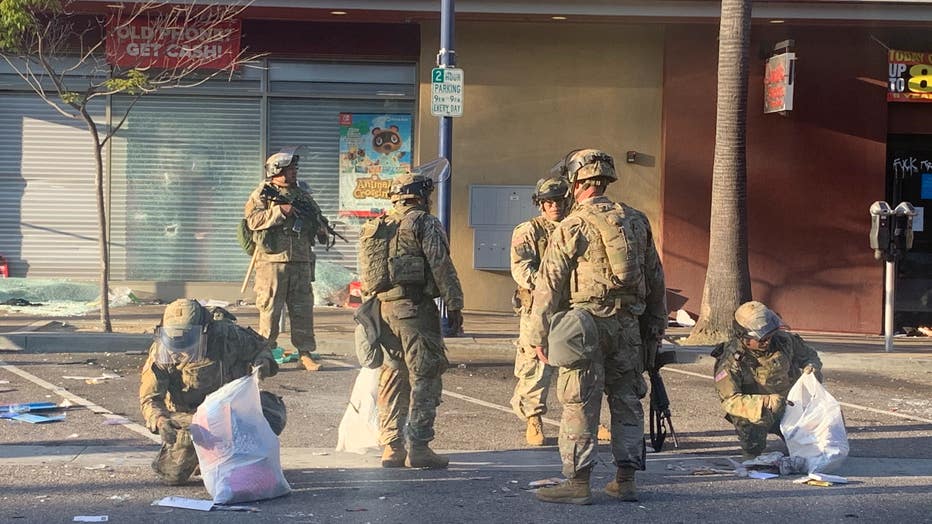 The comradery between the residents and members of the National Guard provided some hope for humanity during a time of so much pain and anger. 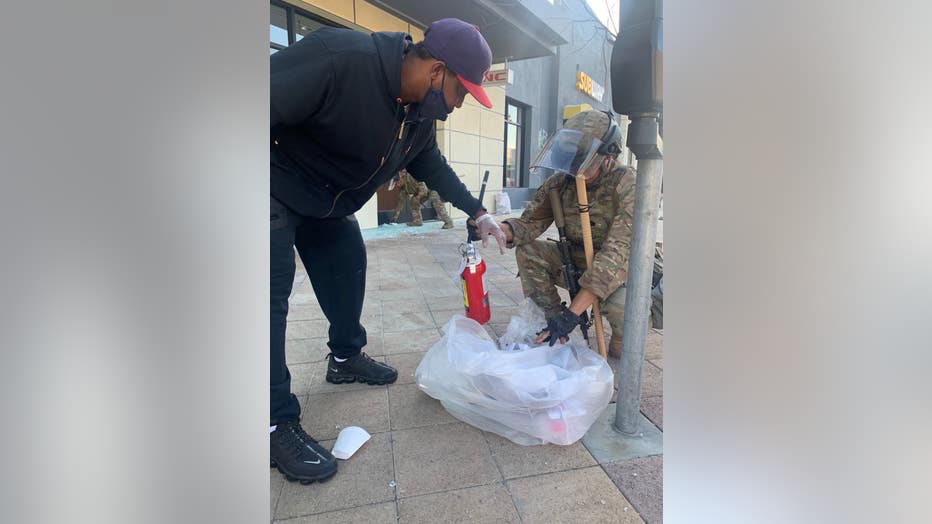 The resident added, "This is a time for service, we can't get mad and blame. Everyone needs to get out and do something together. It's not a political thing anymore — we just have to clean up and come together."

The looting began around 5 p.m. Sunday. Looters hit several businesses in The Pike Outlets including T-Mobile and Luxury Perfume. They also stole from the Jean Machine in the City Place Shopping Center, Mark Schneider Fine Jewelry in the Promenade, a Ross store and several businesses along Long Beach Boulevard including El Super and a CVS.

Individuals could be seen making multiple trips inside stores to carry out armfuls of merchandise which they loaded into awaiting vehicles, taking selfies, and smiling for television cameras.

Long Beach issued a curfew from 8 p.m. Sunday until 5 a.m. Monday, though that was superseded by a countywide curfew that went into effect at 6 p.m.