SOUTHFIELD, Mich. (FOX 2) - Michigan Gov. Gretchen Whitmer announced in Monday's press conference that the three-week pause that was instituted in mid-November will continue for another 12 days to reduce the spread of COVID-19.

Whitmer announced that the three-week pause, which was previously set to end on Wednesday, Dec. 9, will be extended until for another 12 days to restrict indoor gatherings and other group activities. At the end of day 12, Whitmer said the state would proceed on a 'pathway to cautious reengagement.

Michigan Gov. Gretchen Whitmer announced the state's pause will be extended another 12 days until Dec. 20.

Under the order, the closures will continue through December 20 and the order does not include a blanket stay-home order that was in place in the spring. Employees who work jobs that must be performed in person can still go to work. Outdoor gatherings, dining, and parks are still open, as are other individualized activities like working out at a gym.

Whitmer said the extension announced was due to large amount of Americans who traveled over Thanksgiving weekend.

“Hope is on the horizon, but we need an additional 12 days to determine the full impact of the Thanksgiving holiday on our efforts to mitigate the spread of the virus,” said Gov. Gretchen Whitmer. “This is all about protecting our families and frontline workers until we eradicate this virus once and for all. With recent daily case counts averaging well above 6,000, the daily death toll at alarming levels and the risk of hospitals becoming overwhelmed, we must work together as Michiganders and listen to our health experts. This may be the most difficult time yet in our struggle with COVID-19, but there is light at the end of the tunnel." 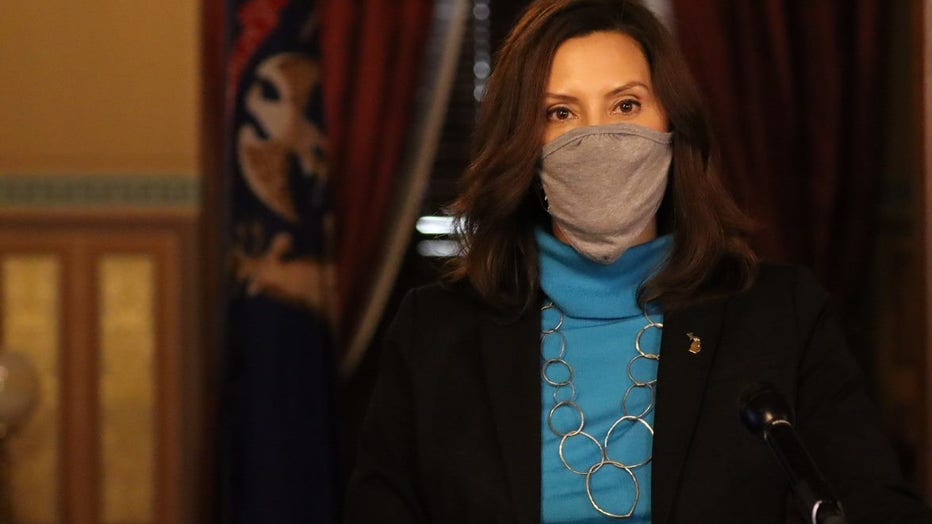 Under the original three-week pause, implemented on November 18, the Michigan Department of Health and Human Services announced restrictions to try to slow COVID-19. This order is coming from the health department, which has issued all orders since the state Supreme Court ruled Whitmer did not have the authority to do so.

"As the MDHHS extends the pause, my hope is that the legislature and the federal government will help me develop the path to help unemployed workers and businesses who are struggling," Gov. Whitmer said

Under the pause, restaurants and bars were ordered closed except for outdoor dining, carryout, and delivery.

Also closed in the original order were the following businesses:

Gyms, hair salons, barbers, other personal services were allowed to stay open in the original pause. As were schools between preschool and 8th grade, retail businesses, childcare, manufacturing/construction, parks and outdoor recreation, professional/college sports without spectators, and public transportation.

The Michigan Republican Party head Laura Cox released a scathing statement blasting the extension, saying that the shutdowns need to be lifted. Cox said that by a partial re-opening of dining in, it would eliminate or at least, reduce the need for the $400 million in aid Whitmer has proposed. 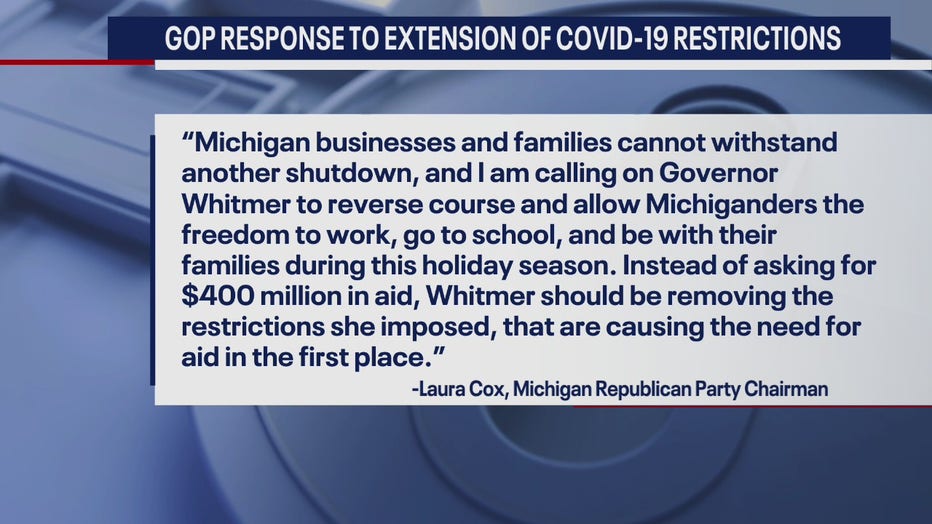 >>Watch the full announcement by Gov. Whitmer below.