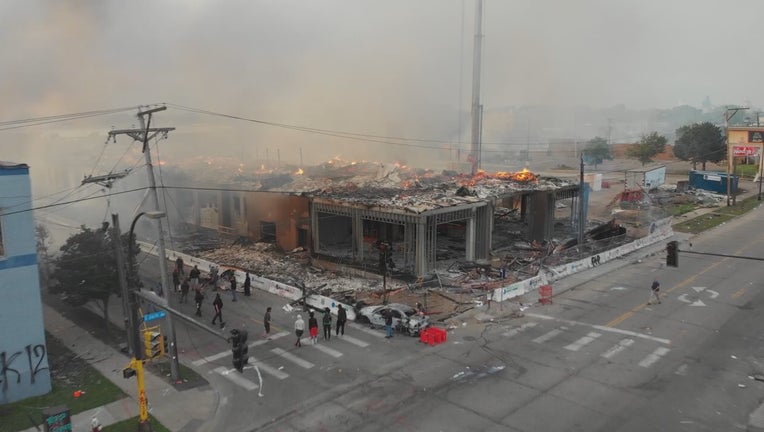 MINNEAPOLIS (FOX 9) - Minneapolis leaders made an emotional plea for peace in the streets Thursday morning while acknowledging centuries of what Chief Medaria Arradondo called a “deficit of hope,” in the city.

Frey grew emotional during his opening remarks, asking the residents of his city to restore peace after two nights of protests and demonstrations near the area where George Floyd was killed while in Minneapolis Police custody Monday night.

Frey announced an “all-out effort to restore peace and security,” in the city, including a unified command structure to help the city centralize its response.

Arradondo said a “deficit of hope” among Minneapolitans helped fuel the night’s violence and destruction.

Mayor Jacob Frey pointed to an “anger and sadness” he says has been ingrained in the black community for 400 years.

“What we’ve seen over the last two days and the emotion-ridden conflict over the last night is the result of so much built up anger and sadness,” he said.

“We feel as if there was a knee on all of our collective necks,” said Jenkins, referring to bystander video that showed Minneapolis Police kneeling on Floyd’s neck before he was pronounced dead. “A knee that says a black life doesn’t matter to the institutions that dictate what happens in this culture and society. I am part of this system to help take that knee of all our necks.”

Jenkins also called for city leaders to declare a state of emergency and to designate racism as a public health crisis.

“Until we name this virus, this disease that has infected America for the past 400 years, we will never, ever resolve this issue,” she said.