Police say a suspect has not been apprehended after allegedly shooting and killing a 54-year-old man in Springfield Township after a road rage incident.

SPRINGFIELD, Pa. - The mother of a man arrested for a deadly road rage shooting in Springfield is now being charged in connection with the case.

According to Delaware County District Attorney Jack Stollsteimer, Amanda Washington was charged with hindering prosecution in the case relating to the death of 54-year-old King Hua.

On June 29, Hua and his wife were driving south on State Road in the curb lane when Amanda Washington passed them on the shoulder in her dark blue Chevrolet Equinox, authorities say.

Washington's son, 22-year-old Saddiq Washington, was in the passenger seat of the car and fired the fatal shots that killed Hua, according to police.

Springfield Township's Chief Daly said "The suspect's vehicle pulls on to the shoulder of the road, got ahead of the victim's vehicle, got out of the vehicle, fired two shots at the vehicle which permeated the window, killing the operator."

After the shooting, Amanda Washington and her son fled southbound at a high rate of speed, according to investigators.

Once officers arrived at the Darby address listed on the car's registration, they saw the vehicle in the driveway and began surveilling the house while waiting for a warrant, per authorities.

According to police, Washington and two other females were seen leaving the Darby home and getting into the Chevrolet Equinox around 5 a.m. the following day.

Officers then took Amanda and Saddiq Washington into custody as well as the two women seen with her, according to officials.

Police say a 22-year-old man from Darby has been charged for fatally shooting a 54-year-old man who he thought was driving too slow in Springfield on Wednesday morning.

The DA's Office says officers interviewed Amanda Washington and she told police that she and her son were driving to work, but running late on the day of the shooting.

"She states that she was late, and that the driver of the white Camry was driving very slowly. She stated that when she got in front of Mr. Hua's vehicle she heard shots and realized that her son was shooting out of the passenger side of the vehicle," the DA's Office said.

Authorities also say that Amanda Washington told police that after the shooting, her son said "Go. Go. Go. Go Mom" and "Mom I hope I didn't kill nobody."

According to police, she claimed to have had no knowledge that her son, who was licensed to carry, was carrying the gun on the day of the shooting.

"Last week’s tragic murder of King Hua has truly shocked the entire Delaware County community. The actions of defendant Saddiq Washington were as inexplicable as they were horrifying. As a result of his actions, two families have been irreparably broken – his own, and that of his victim. Although it was her son’s actions that led to this heartbreaking tragedy, we cannot ignore Amanda Washington’s actions. She chose to speed away from the scene of the crime. She chose to remain silent even after the death of Mr. Hua had been announced. It was a catastrophic dereliction of her duties as a parent and as a citizen that led to today’s charge," Stollsteimer said.

According to Stollsteimer, Saddiq Washinton was charged with first-degree murder for Hua's death.

Hua's only daughter said her father worked as a nail technician and immigrated to the United States from Vietnam more than 20 years ago for a better life. 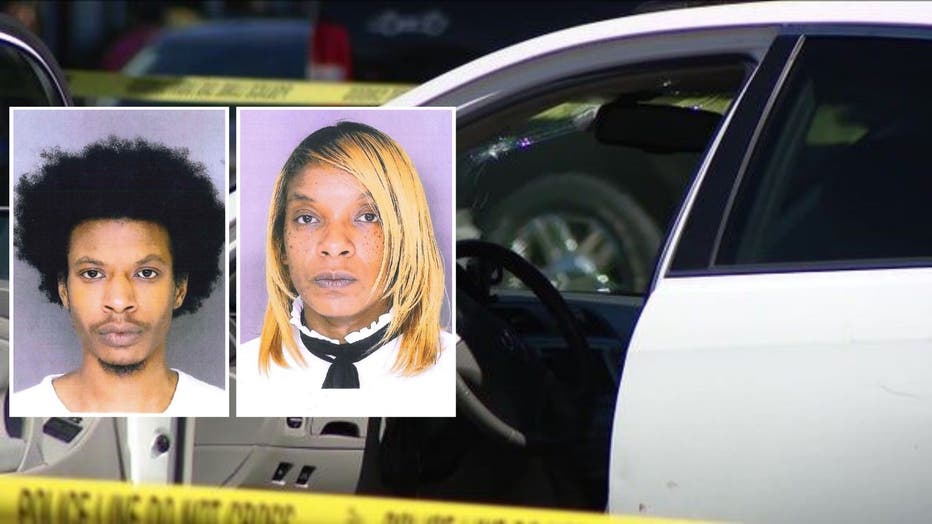