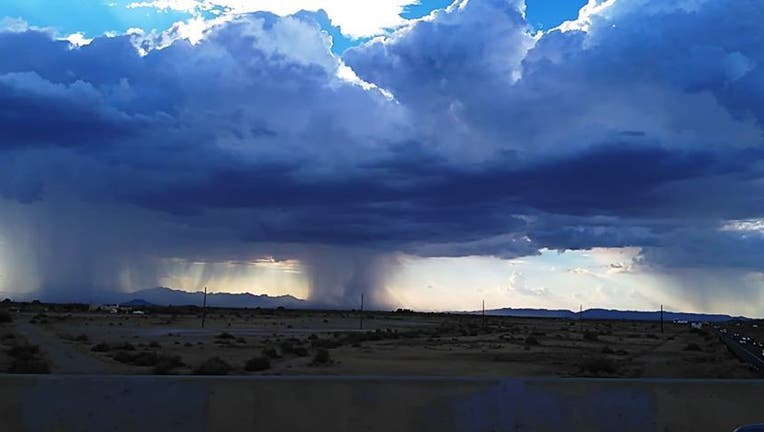 The monsoon storm, as seen from a portion of the Gila River Indian Community. (Photo Courtesy: Jin Jin)

PHOENIX - Officials with the National Weather Service say a monsoon storm that moved through parts of the Valley during the afternoon hours of July 24 have broken a lengthy dry spell for the Valley.

According to officials with the National Weather Service in Phoenix, the storm ended a 103-day dry streak Phoenix that began on April 12, 2020. The dry streak is the 21st longest streak of its kind since 1895.

NWS officials say only 12% of the Phoenix area received rain, with an area near Shea Boulevard and the Piestewa Freeway receiving 0.63" of rain. On average, 0.02" of rain fell in the Valley.