PHOENIX - Neighbors jumped into action to save an elderly man after his home caught fire in a west Phoenix neighborhood.

According to Phoenix Fire, the fire broke out at a home near 83rd Avenue and Indian School Road during the early-morning hours of Sept. 15. Crews from Phoenix, Glendale, and Avondale all responded to the scene.

"Fire dispatch was advised that neighbors were attempting to assist the homeowner to safety," Capt. Evan Gammage said in a statement. 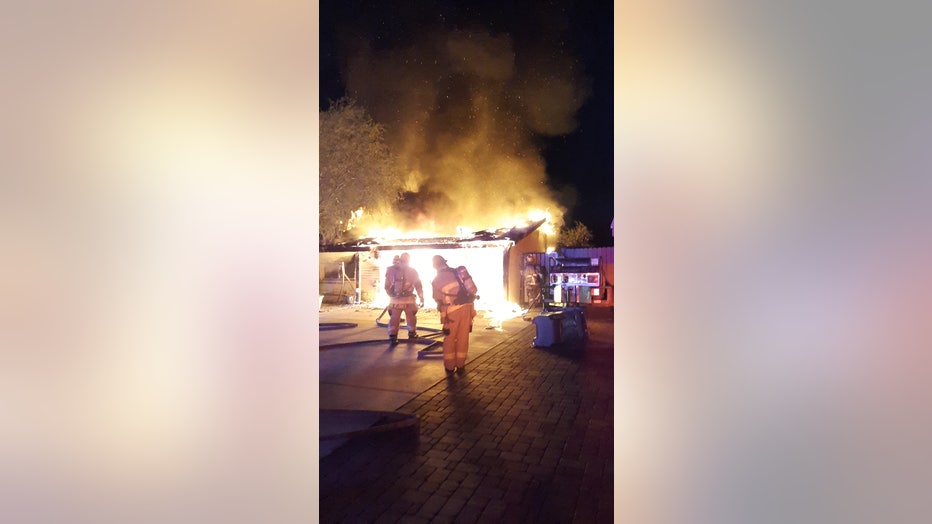 Neighbors jumped into action to save an elderly man after his home caught fire in a west Phoenix neighborhood. (Phoenix Fire Department)

When firefighters arrived at the home, the elderly man had already been helped to safety.

Ladder and engine crews were able to extinguish the flames and prevent them from spreading to nearby homes.

No one was injured, however, the homeowner will be displaced.