A Nest camera captured footage of a DoorDash delivery driver's car roll away after he forgot to put the car in park.

FORT COLLINS, Colo. - A Nest camera captured the moment a DoorDash delivery driver’s car rolled away after he forgot to put the car in park while delivering food in Colorado.

In the shocking video caught by Brandon P. Ensing’s security camera, the driver stops his car in front of a driveway before exiting the vehicle to deliver food, while his car rolls away in the background.

The camera switches angles to the front door, showing the moment the driver handed the food to Ensing. Ensing informs the driver about his runaway car and the driver takes off running after it.

Ensing told Storyful that he noticed the car rolling away when the driver rang the doorbell.

"When the doorbell goes off, it pulls the cameras up on my phone," he said. 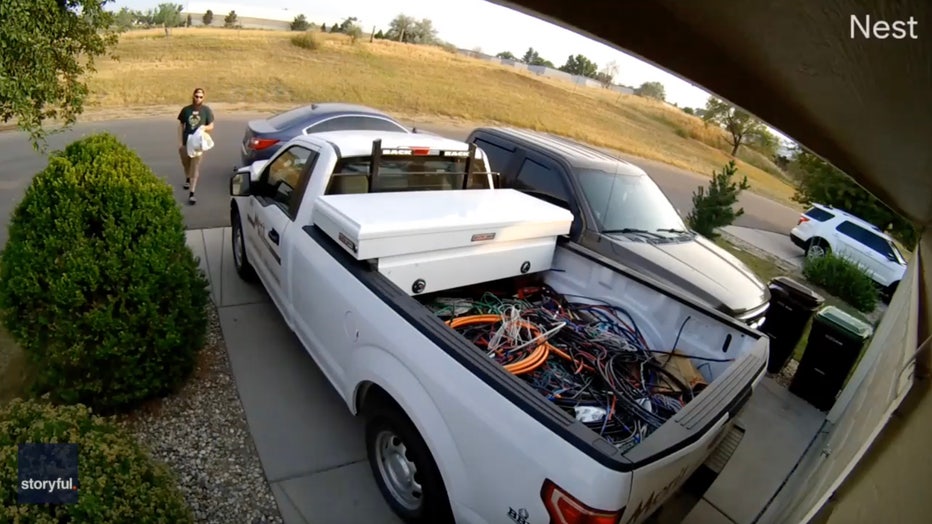 Ensing posted the video on TikTok where it garnered 155,000 views in 24 hours.

The driver managed to get into his car just in time to void damage to the vehicle, according to Ensing.

This story was reported in Boston.