The man, identified as 35-year-old Rigoberto Polanco Jimenez, had a history with police and was caught after fleeing the barricade into a small apartment.&nbsp;

CHANDLER, Ariz. - Chandler police say three officers were shot by a suspect who barricaded himself inside a home and reportedly set it on fire.

The man, identified as 35-year-old Rigoberto Polanco Jimenez, had a history with police and was caught after fleeing the barricade into a small apartment.

According to the Arizona Department of Corrections, Rehabilitation and Reentry, Jimenez was released from prison in Tucson on April 25, 2019 after serving sentences for Maricopa County convictions that included aggravated assault and armed robbery. 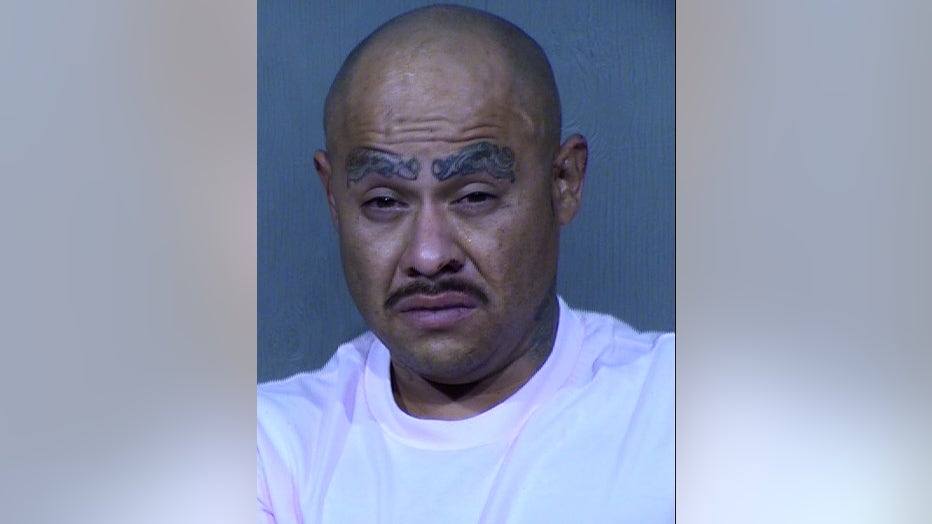 The incident began to unfold at around 1:00 p.m. on April 27, when a Chandler Police patrol officer saw a suspicious man, later identified as Jimenez, as he walked on a street northeast of Arizona Avenue and Chandler Boulevard. Jimenez was seen by the officer pulling on car door handles, which officials say is a common practice for car burglars.

According to police, an investigation led officers to contact residents at a home near Galveston and Delaware Streets. When officers went inside, an unknown suspect, later identified as Jimenez, fired on them, striking one officer in the upper torso and another officer at the midsection.

Officials said on Monday the officers were wearing body armors at the time.

"Had they not been wearing his body armor, it’s very likely will be talking about something different," said Sgt. Jason McClimans with Chandler Police

The man is described as a 35-year-old with a history with police.

Following the shooting, officials say Jimenz barricaded himself inside the home. Negotiations began, but officials say they eventually ended, and SWAT team members carried a number of non-lethal measures to get Jimenez out.

Jimenez, according to investigators, then started a fire inside the home, shopped a fence, and forced entry into an apartment. SWAT team members quickly surrounded the home, and Jimenez later surrendered.

Residents in the area of Galveston and Delaware were advised to shelter in place during the barricade situation.

"More gunshots, and then it escalated to the worst with the place on fire," said Joel Guerrero, who lives in the area.

"Scary because [there are a] lot of kids around here. So super scary to happen around here," said Lexus Estrella, who lives in the area.

"After he was treated at the hospital, Jimenez was booked into the Maricopa County Jail on six counts of Attempted Second-Degree Murder and Aggravated Assault on a Police Officer, three counts of Possession of a Weapon by a Prohibited Person, two counts of Criminal Damage and Discharge of a Firearm in City Limits, and one count of Arson of an Occupied Structure, 2nd Degree Burglary, Aggravated Assault with a Deadly Weapon, and Endangerment," stated Detective Seth Tyler.

Chandler police officer released from hospital after being shot

A Chandler police officer has been safely released from the hospital after a shooting near Delaware and Chandler early Monday morning.

Jimenez remains in jail on a $3 million cash bond.