School officials and local authorities have not shared what caused a Camden County fifth grader to suffer a deadly medical emergency. The school said the student had was hospitalized on Jan. 24 and died a week later on Feb. 1.

GLOUCESTER TWP, N.J. - Families of Gloucester Township Elementary School are urging officials to share more information about what happened aboard a school bus that caused a fifth grader to suffer a deadly medical emergency.

According to authorities, a 12-year-old student was found unresponsive aboard a school bus on Jan. 24 and taken to Jefferson Hospital in Washington Township.

The student was later moved to Children's Hospital of Philadelphia and died on Feb. 1. 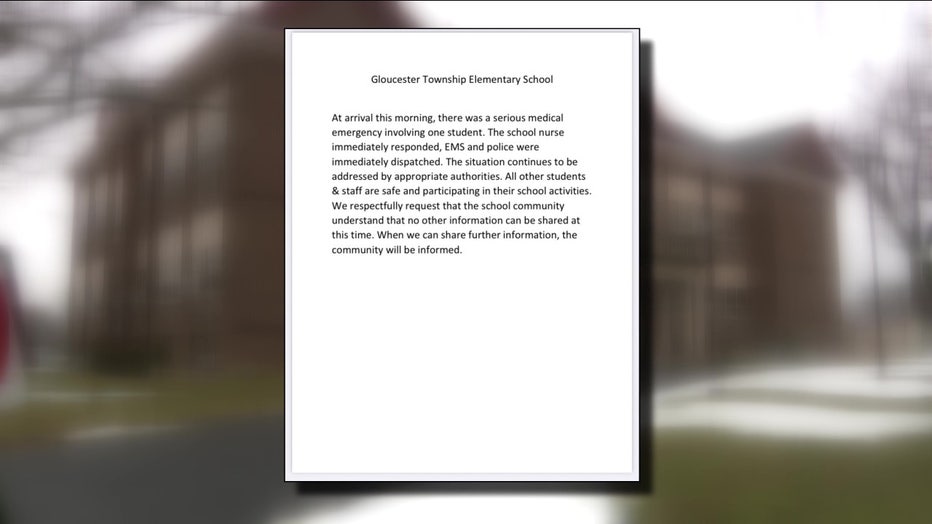 The Camden County Prosecutor's Office said it is investigating the death but would not share any more information. The county medical examiner's office did not respond to FOX 29's inquiries.

"Our kids go there every day we have a right to know what’s going at the school or on the school bus," said Larry Reese Jr., the parent of a kindergartner.

The school sent families two letters, one on the day of the child's medical emergency and the second when the child passed away.

"The safety of my child while he’s at school, and the other children around him, it's scary as a parent," Rachel Mooney said.