This spring, a Valley man climbed Mount Everest soon after getting a procedure for an erratic heartbeat, also known as Atrial fibrillation or AFib. FOX 10's Brian Webb reports.

PHOENIX - This spring, a Valley man climbed Mount Everest soon after getting a procedure for an erratic heartbeat, also known as Atrial fibrillation or AFib.

That dangerous diagnosis used to mean strenuous exercise was out of the question, but a relatively new procedure is changing all that. That procedure was, in part, pioneered by a Valley doctor.

One could say it was a long road for Ed Dohring to get to the point where he could stand at the top of Mount Everest, which included a trip to the hospital to fix his AFib.

"I really enjoy the outdoors and pushing myself physically and mentally and emotionally," said Dohring.

Dohring has been active his entire life, including running up and down Camelback Mountain to stay in shape. One day, however, his smartwatch told him it was time to see a doctor. 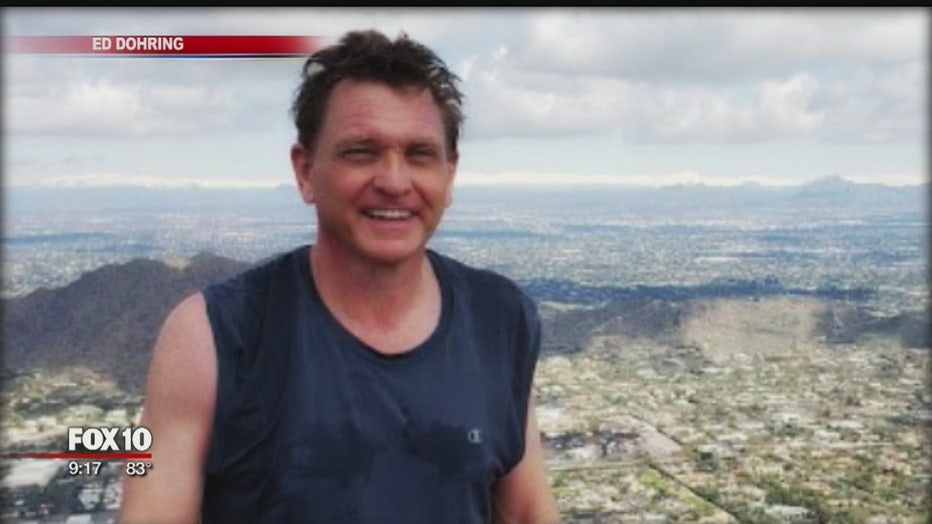 "I noticed watching my pulse on my watch. It was getting high, higher than it possibly should," said Dohring. 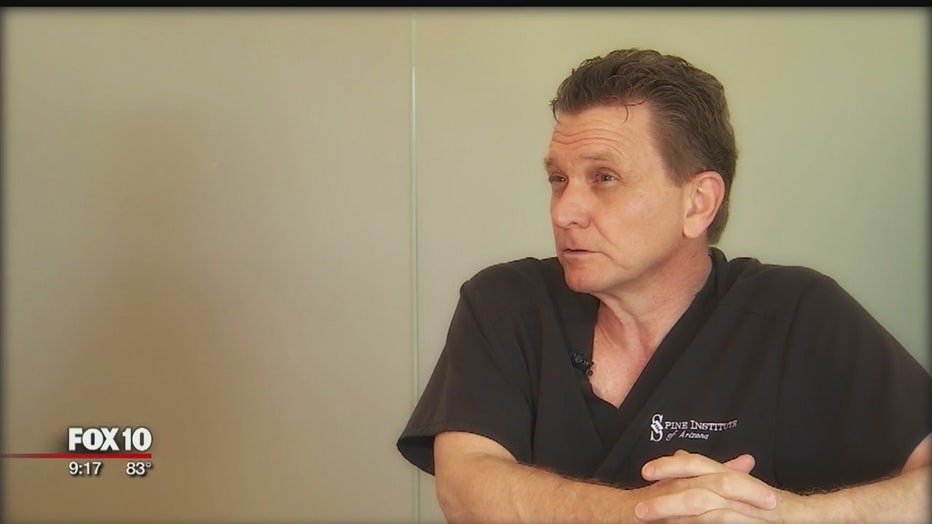 AFib is often associated with wear and tear to the heart. and it is usually treated with medications or by burning small areas of the heart to control the electric impulses that make it beat irratically. Dohring, however, opted for something else: a newer procedure called Cryoballoon Ablation.

Dr. Wilber Su at Banner University Medical Center in Phoenix is a pioneer of the method, which uses cold instead of heat.

A catheter is inserted through the groin up to the heart with a balloon attached to it. A doctor inflates the balloon and then fills it with refrigerant like in your car AC. Any part of the heart that touches the balloon is damaged, hopefully stopping the electrical impulses causing the AFib.

"We knew this was a safer and better was to do this procedure, so we now have over 3,000 cases and one of the most in the world," said Dr. Su.

Soon after, Dohring, a doctor himself, was back on track and training to tackle Mount Everest. He made it to the top in May, as scenes of climbers stuck in a long single-file line were grabbing headlines.

Dohring also lost a good friend on the way back down.

"Mixed feelings 'cause of your accomplishment and some of your friends accomplished this at the same time, and intensely saddened 'cause some people passed away who probably didn't need to," said Dohring.

Dohring, however, is grateful for the experience, and that modern medicine has come so far. Instead of AFib sentencing him to a life spent on the sofa, he's now one of the lucky few to climb the tallest mountain in the world. All it took was a little balloon and a doctor who knows how to use it. Dohring says all the trouble and training he went through was worth it, but he admits he probably won't try to tackle Mount Everest again.