Officials in Moscow, Idaho, held a press conference on Nov. 23, 2022 to provide updates on the ongoing investigation into the murders of four University of Idaho students.

MOSCOW, Idaho - Ten days after four University of Idaho students were stabbed to death in their rooms, police said Wednesday they still have not identified a suspect or found a murder weapon, and they continued asking for tips and surveillance video.

Moscow Police Capt. Roger Lanier told a news conference his department is putting all of its resources into solving the case and that investigators are prepared to work through the Thanksgiving holiday.

Authorities gave no indication that they’re any closer to making an arrest, but they did stress that they continue processing forensic evidence gathered from the home where the students were killed.

"We continue moving forward to understand why this occurred in our community," said Police Chief James Fry. 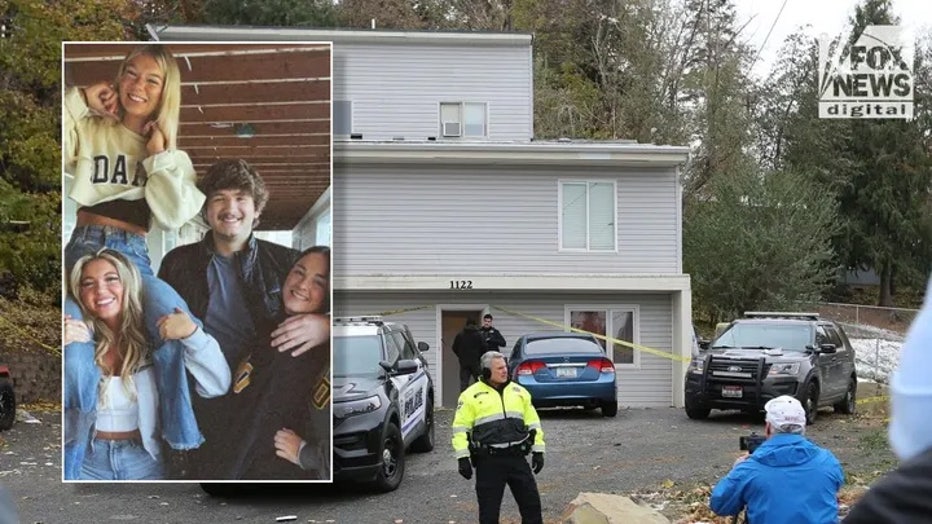 The home where University of Idaho students were stabbed to death. (Derek Shook for Fox News/ Instagram)

The killings stunned bucolic Moscow, a college town and agricultural center that got its first Target store last year. The city, population of 26,000, is surrounded by rolling wheat and bean fields and had not seen a homicide since 2015.

Police said Tuesday they had pursued tips that Goncalves had a stalker, but they hadn’t been able to identify one. They also have knocked down rumors about other incidents — including a car break-in and a dog’s slaying — being potentially related to the case.