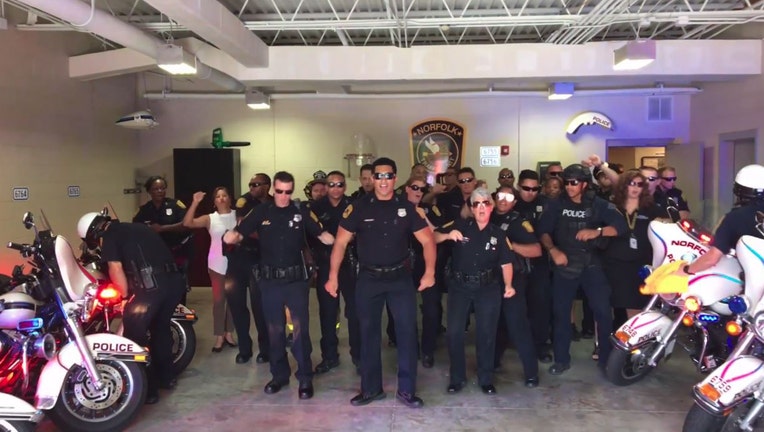 NORFOLK, Va. - A Virginia police department video is going viral with their "lip sync battle" challenge post of Bruno Mars' "Uptown Funk" that brought out all the stops.

Officers and staff from the Norfolk Police Department got their groove on to the popular song, dancing and lip-synching their way through the police station.

The Department took on the challenge from the police department in Corinth, Texas who did their best lip sync to "Party in the USA" by Miley Cyrus.

Norfolk hit the challenge out of the park -- and say in their post that the whole thing was done in one take -- which is not an easy feat, especially considering all the dance moves and the many people involved in the production.

The video has already garnered over 400,000 shares and over 360,000 likes since posting on Monday evening.