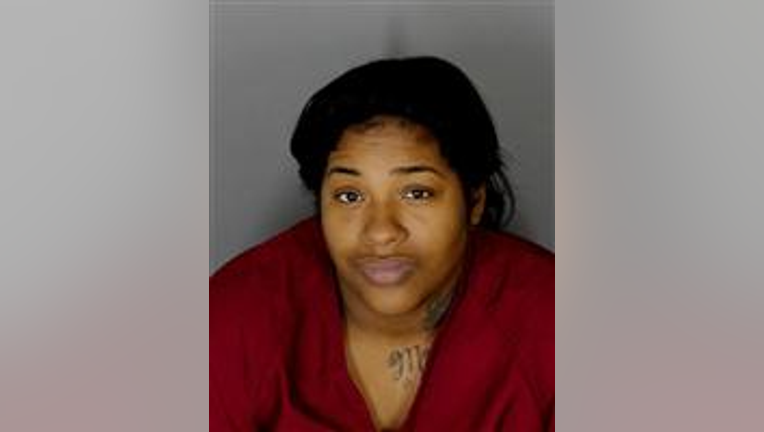 Andrea Ariel-Jones Sheppard, 32, is charged with punching a deputy in the face when he stopped to ask if she needed help. The Oakland County Sheriff is outraged after she was released on a personal bond.

SOUTHFIELD, Mich. (FOX 2) - A Pontiac woman was arrested Sunday after she was accused of punching an Oakland County Sheriff's Deputy in the face so hard, she broke his orbital bone.

The woman, identified as Andrea Ariel-Jones Sheppard, 32, was arraigned on one count of assaulting a police officer, which is a four-year felony.

According to Oakland County Sheriff Michael Bouchard, the deputy responded to a call of a woman walking in and out of the street near East Pike and Woodward Avenue in Pontiac and asked Sheppard if she needed help.

Bouchard said when the deputy arrived, she was standing in the middle of Pike Street. The deputy got out of his car and asked if she needed help.

Sheppard would not identify herself, became belligerent, and yelled obscenities at the deputy. When another deputy arrived, Sheppard approached the first deputy and continued to yell obscenities, Bouchard said, and then hit him several times in the head and upper body while he was trying to get out of his patrol car.

According to Bouchard, she punched him in the eye and broke his orbital bone.

The deputy pushed her back and she began to advance towards the deputy before she was Tasered and subsequently arrested.

This week, Sheppard was arraigned in Oakland County court where she was given a $1,000 personal bond, which does not require a defendant to post any money to be released.

Bouchard was outraged at the ability of Sheppard to be released after assaulting the deputy.

"I am angry at how regularly people assault police officers today and how little attention or care they have in Washington for this," Sheriff Michael Bouchard said. "In 2019, the FBI reported more than 56,000 police officers were assaulted."

Sheppard is due in court on June 17.