JONESBORO, Ark. - A Jonesboro police officer in Arkansas completed a DoorDash delivery after the original driver was arrested on June 30.

Bodycam video shared by the Jonesboro Police Department on Facebook shows an officer walking up to a home and knocking on the door.

An unidentified man answered the door and the officer is heard asking if someone named "Sherry" was at the residence.

The man then asked the officer if they wanted to speak to a woman inside, who appeared to be sitting in a chair in another room. 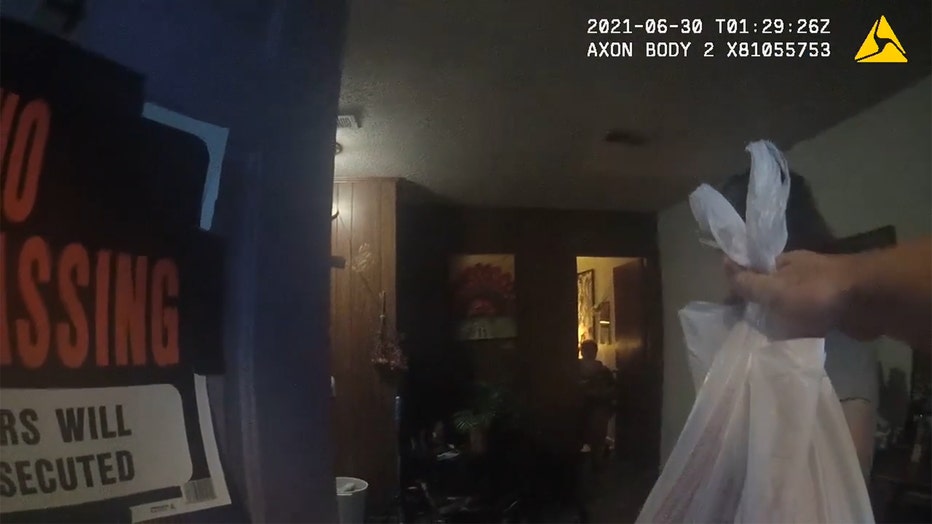 The officer peered inside and told the woman that she did not need to get up, however, he did inform her that her food delivery driver had been arrested and he was just completing the delivery.

"You’re Sherry? Alright, your DoorDash guy got arrested, so I brought your food to you," the officer is heard saying in the video.

"Alright! Thank you, you’re awesome," the woman inside the house replied as the officer laughed.

The delivery driver, who police identified as 22-year-old Justin Gist, was arrested for not having valid car insurance and for driving on a suspended license. He also had a warrant for his arrest after failing to appear in court for a previous charge, according to the incident report.

According to DoorDash’s website, all dashers undergo a background check through Checkr, a third-party provider which checks into an applicant’s motor vehicle history report and criminal history.

FOX TV Stations has reached out to DoorDash for comment.