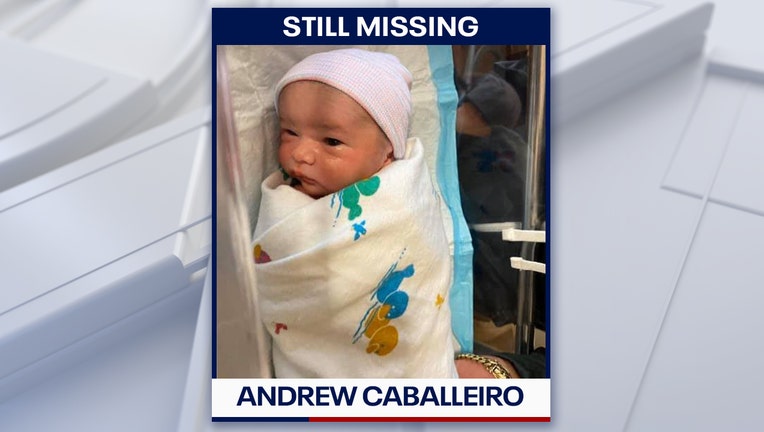 MIAMI, Fla. - It’s been one week since an Amber Alert was issued for baby Andrew, who disappeared after his mother, grandmother, and great-grandmother were murdered in South Florida.

The Amber Alert was issued in the early morning hours of January 29. At the time, officials in Miami-Dade County suspected said Andrew’s father, Ernesto Caballeiro, murdered the women the night before and kidnapped the newborn, who was just one week old.

Later that day, Pasco County deputies found Ernesto dead by suicide in Balton, a rural area within the county. Throughout the night, investigators searched for any sign of Andrew, but determined there was no evidence at the scene to confirm Andrew was with Ernesto while in Pasco County.

Police in South Florida said 49-year-old Ernesto was accused of murdering the three relatives. Pasco County detectives said Ernesto left Miami-Dade County for about four and a half hours before arriving in Blanton.

He was there for a matter of minutes before dying from an apparent self-inflicted gunshot wound, deputies said.

"There is no indications we have that baby Andrew was with him up in Pasco," Sheriff Chris Nocco said.

Authorities believe Ernesto used Interstate 75 to travel to Pasco County, and are still trying to determine where Ernesto may have taken the baby after leaving the Miami-Dade home where the triple murder occurred.

On Monday, it was announced the FBI has joined the search to find Andrew.

“Our detectives are still following all the leads they have in the case,” Miami-Dade Police Detective Ángel Rodríguez said. “We have the assistance of the Florida Department of Law Enforcement and the FBI, but at this time there’s been no change in the investigation.”

Anyone with information on the baby’s whereabouts is asked to call Miami-Dade Crime Stoppers at 305-471-8477.