TEMPE, Ariz. - Three people have been seriously injured after a car crashed into a dairy truck near a Tempe intersection.

Tempe police say the crash happened in the early-morning hours of August 3 near 48th Street and Broadway Road.

All three occupants of the vehicle were hospitalized with serious injuries.

It is unknown if impairment was a factor in the crash.

Police say diesel fuel that spilled in the roadway was contained by firefighters.

All traffic lanes in the area have been reopened. 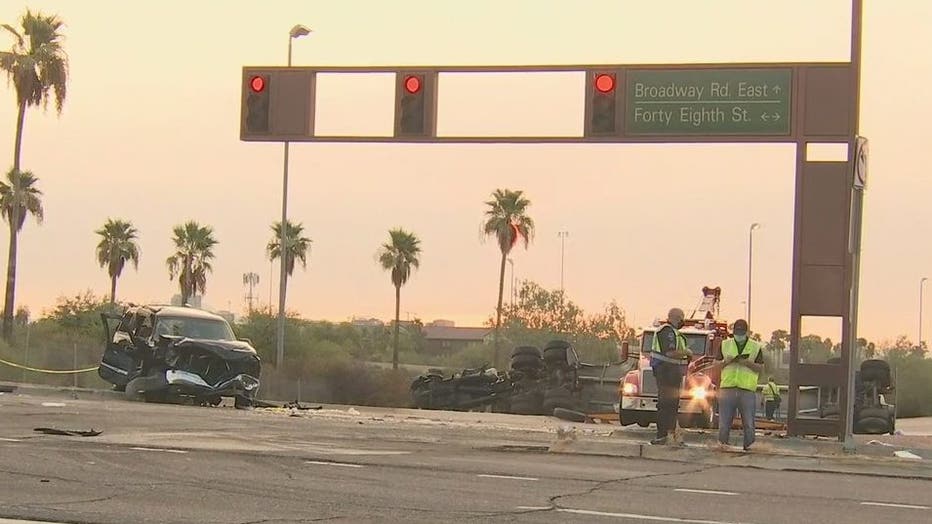