The suspect's girlfriend spoke with FOX 10 this morning about the incident.

PHOENIX - An arson investigation is underway in West Phoenix after a two-story apartment caught on fire near 70th Avenue and Indian School Road.

According to Phoenix Police, officers responded to the scene just after 6:30 a.m. for reports of a man in crisis. After arriving at the apartment complex, police say they witnessed a fire coming from the building.

"Preliminary information suggests that the fire was started by the adult male, who was later taken into custody," police said in a statement.

The fire was quickly extinguished, and the man was taken to the emergency room in an ambulance for medical evaluation. Officials did not disclose his condition.

One family was displaced as a result of the fire, the Phoenix Fire Department said. 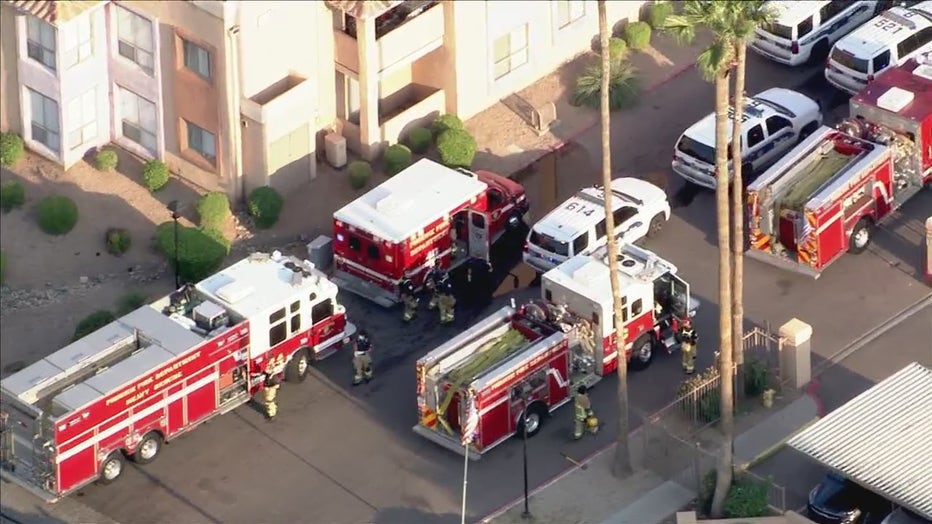 Aftermath of a fire at a Phoenix apartment complex