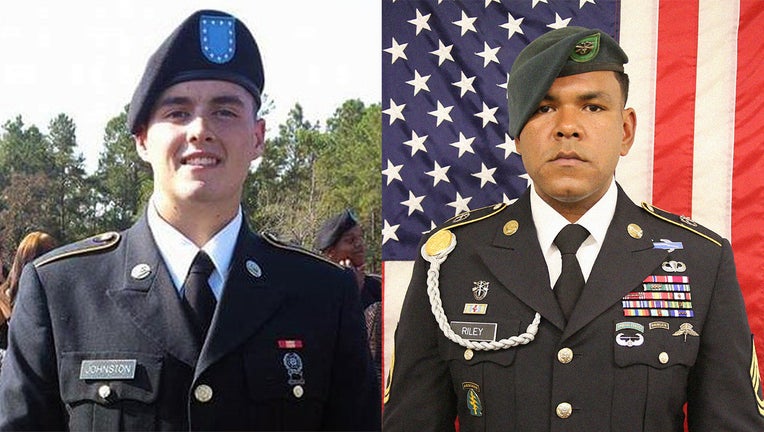 WASHINGTON (AP) -- The Pentagon has announced the identities of two soldiers killed in combat in Afghanistan.

Riley was assigned to 2nd Battalion, 10th Special Forces Group at Fort Carson, Colorado. He was from Heilbronn, Germany.

Johnston was assigned to 79th Ordnance Battalion, 71st Ordnance Group, at Fort Hood, Texas. He was from Trumansburg, New York.

The Pentagon said Thursday that both men died of wounds sustained from small arms fire while engaged in combat operations. No other details were provided.