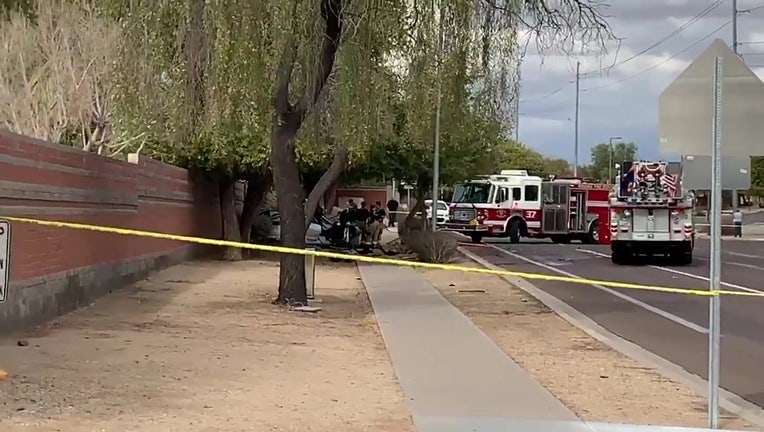 PHOENIX - Police officials say two people are dead following a crash involving one car along a street in North Phoenix.

According to Phoenix Fire officials, crews were called out to an area north of 56th Street and Bell Road shortly after 1:00 p.m. for reports of a car that had crashed into a tree. Police officials say the car involved was a Tesla sedan, and two people, an adult man and an adult woman, were inside the car at the time of the crash.

Fire officials say the two victims had to be extricated from the car, and both were declared dead at the scene.

The victims have been identified at 83-year-old Henry Deihl and 81-year-old Diane Deihl.

An investigation revealed the Tesla was driving at a high rate of speed before the crash.