NORTHEAST PHILADELPHIA - A suspect in an attempted robbery inside a Northeast Philadelphia restaurant has died after police say he was shot by a customer with a gun of his own.

The incident occurred around 10:30 p.m. at a Wingstop on the 2100 block of Cottman Avenue.

Police say the armed suspect demanded money from the employees and a cellphone from a customer.

Police say the 53-year-old suspect went behind the counter and pointed a gun at the employees, demanding money. 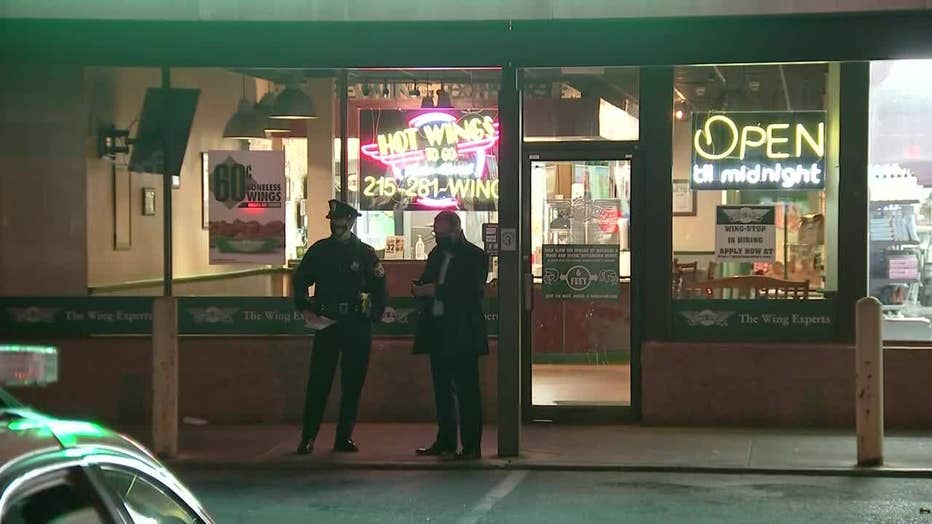 Police say a customer fatally shot an robbery suspect inside a Wingstop on the 2100 block of Cottman Avenue Sunday night.

A male customer then walked into the store and investigators say the suspect demanded he hand over his cellphone.

At that time, police say the customer pulled out a firearm he is licensed to carry and fired one shot at the suspect, hitting him in the neck.

The suspect later succumbed to his injuries.

The customer who fired the shot, a man in his 20s, was interviewed by detectives and no charges have been filed at this time.

At least 20 people were hurt in more than a dozen shootings over the weekend across the city.

5 injured, including 2 teens, in overnight gun violence across Philadelphia