PHOENIX - Police arrested a man for allegedly exposing himself to children at a Phoenix apartment complex.

"She runs in the house telling her friends run, run and I'm like what's going on, she says this guy is chasing us and trying to touch on all the kids," said Michael Foley.

It was the initial cries from Michael Foley's 8-year-old daughter that landed 30-year-old Michael Robinson behind bars. 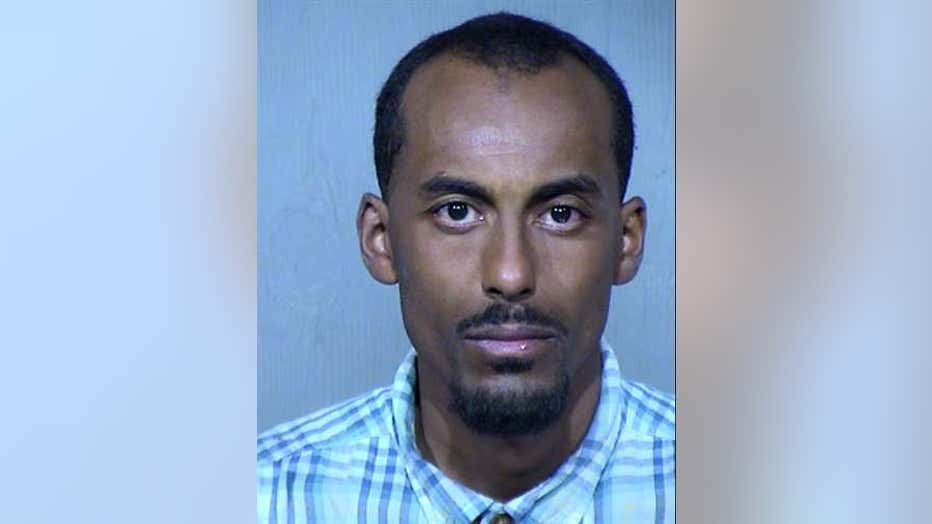 Police say over the weekend Robinson allegedly exposed himself to more than six kids, ages 4 to 10, at an apartment complex near 17th and W Missouri Avenues while they were playing outside.

"He grabbed my daughter by the shoulder so me and my son came outside," said Foley.

Foley says he chased Robinson down while the suspect jumped from yard to yard.

Police reports say Robinson took off but he left his backpack at the home on 17th Avenue just a few doors down from where he reportedly exposed himself to the kids. Officers eventually caught up to Robinson and arrested him.

Robinson is accused of attempted kidnapping, indecent exposure and trespassing.

"The guy needs to be locked up, we shouldn't have people running around like this," said Foley.

Neighbors in the area say they are mortified because there are always kids playing in the area.

"It's disgusting, I'm happy my child was not there because I don't know what I would have done," said Alicia, neighbor.

The father of the 8-year-old girl says she's doing well after the scare.

Robinson is due back in court on October 28.