PHOENIX - There was a heavy police presence in a south Phoenix neighborhood Friday morning as officers attempted to track down some suspects involved in a shooting case.

Phoenix Police tell us a man was robbed and shot in his car on Thursday. His injuries are life-threatening.

Detectives believe there are four suspects and we're told two juveniles were arrested on January 9. The following day, police surrounded a home near 7th Avenue and Baseline to serve a search warrant.

"I woke up this morning and looked out my window and seen two armored trucks.. and I went outside again.. I seen more undercover cops," said Luis, a neighbor.

Detectives say they believe the robbery and shooting were drug-related. It's unclear whether more suspects were taken into custody on Friday. 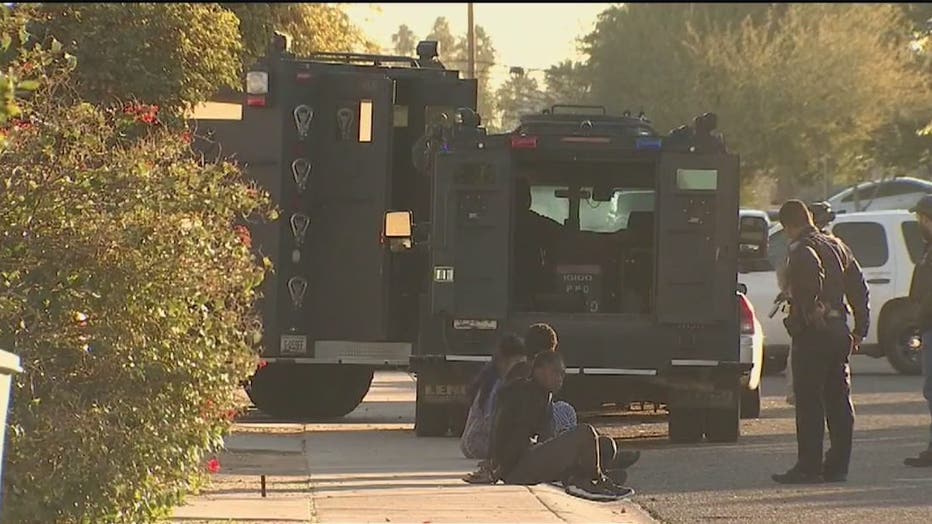