A California woman believes an ultrasound photo shows her late father’s profile alongside her unborn daughter.

Shantel Carrillo, of San Diego, California, told FOX 5 San Diego that the ultrasound resembled an older photo of her father with her first daughter.

"It has his nose, his little chubby cheeks, his little double chin, and my dad wore a hat like all the time. It looks like the bill of his hat and his lips are just touching hers so perfectly," Carrillo said. 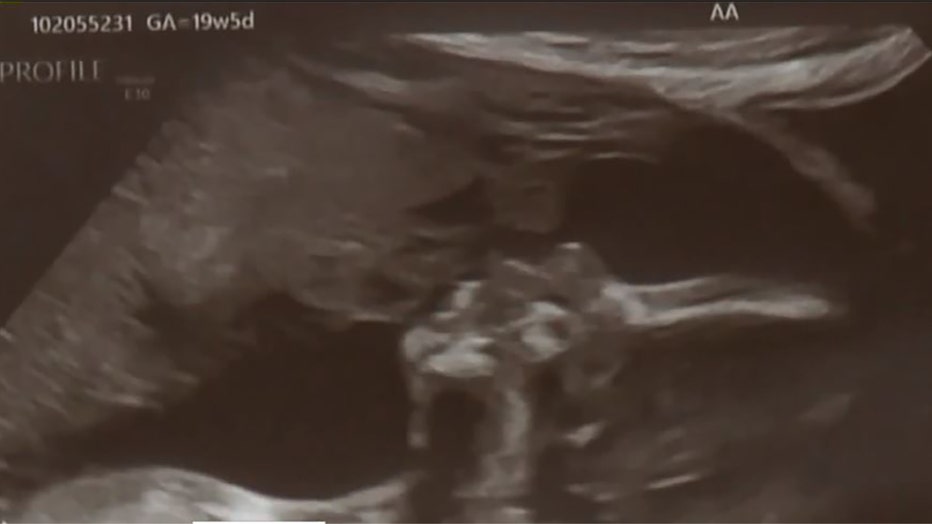 An ultrasound image shows what a California woman claims is the profile of her late father hovering over that of her unborn daughter. (Shantel Carrillo via FOX 5 San Diego)

Her father, Chuck, passed away in 2016, and Carillo is due to give birth to her daughter in April, a few days before her father’s birthday, according to FOX 5 San Diego.

“I think my dad would just be over the moon about it, so I feel like he’s including himself in this some way, somehow,” Carrillo told the station.

This is story was reported from Los Angeles.