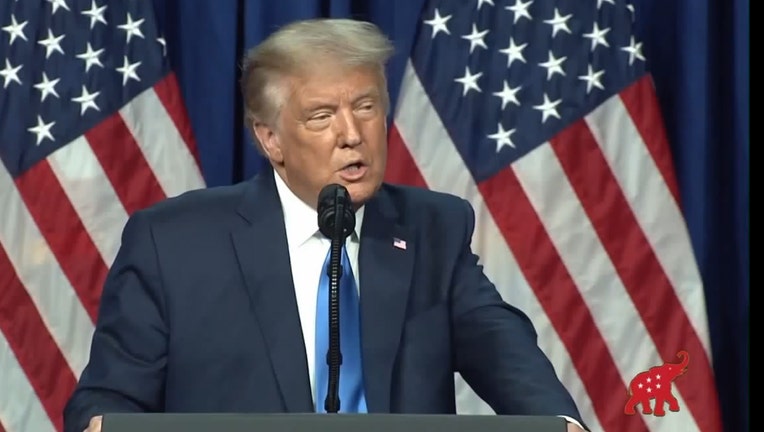 President Donald Trump at the 2020 RNC

PHOENIX - With just weeks to go before the November election, officials with the Trump reelection campaign say the President is set to visit the Valley on Sept. 14.

According to an e-mail sent on the afternoon of Sept. 11, Trump is set to host a Latinos for Trump roundtable at the Arizona Grand Resort Monday afternoon.

Campaign officials say the event in Phoenix is one of four events during President Trump's visit to Nevada and Arizona.

According to the Associated Press, Joe Biden's campaign is making a robust play for Arizona, a state that hasn’t backed a Democratic presidential candidate since 1996. A FOX News poll conducted between Aug. 29 and Sept. 1 shows Biden leading Trump by nine points in Arizona amongst likely voters.