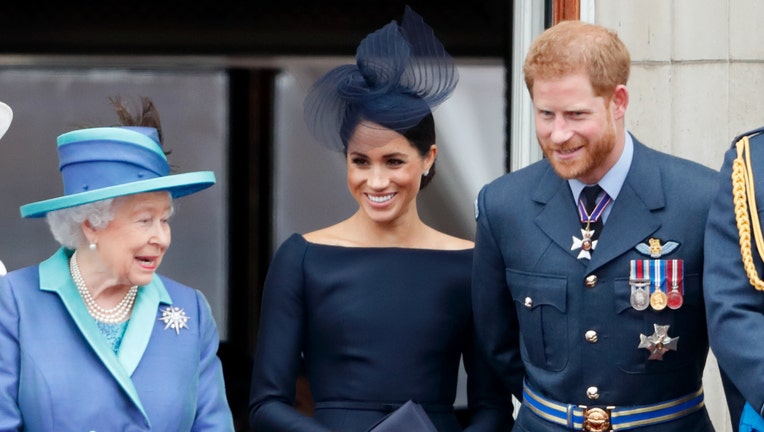 ) Queen Elizabeth II, Meghan, Duchess of Sussex and Prince Harry, Duke of Sussex watch a flypast to mark the centenary of the Royal Air Force from the balcony of Buckingham Palace on July 10, 2018 in London, England.

LOND - Queen Elizabeth II attended church at her Sandringham estate Sunday ahead of a crisis meeting to work out a future for Prince Harry and his wife, Meghan, after their shocking decision to walk away from royal roles.

While the monarch searched for a way forward, supporters of her family's feuding factions used the British media to paint conflicting pictures of who was to blame for the royal rift.

Royal officials said the queen had summoned her grandson Harry, his elder brother, Prince William, and their father, Prince Charles, to the rural retreat 100 miles (160 kilometers) north of London, for a meeting on Monday.

The summit reflects the queen's desire to contain the fallout from Harry and Meghan's decision to "step back" as senior royals, work to become financially independent and split their time between Britain and North America. The couple, also known as the Duke and Duchess of Sussex, made the announcement Wednesday without telling the queen or other senior royals first.

William is expected to travel to Sandringham from London and Harry from his home in Windsor, west of the British capital. Charles will fly back from the Gulf nation of Oman, where he was attending a condolence ceremony Sunday following the death of Sultan Qaboos bin Said. 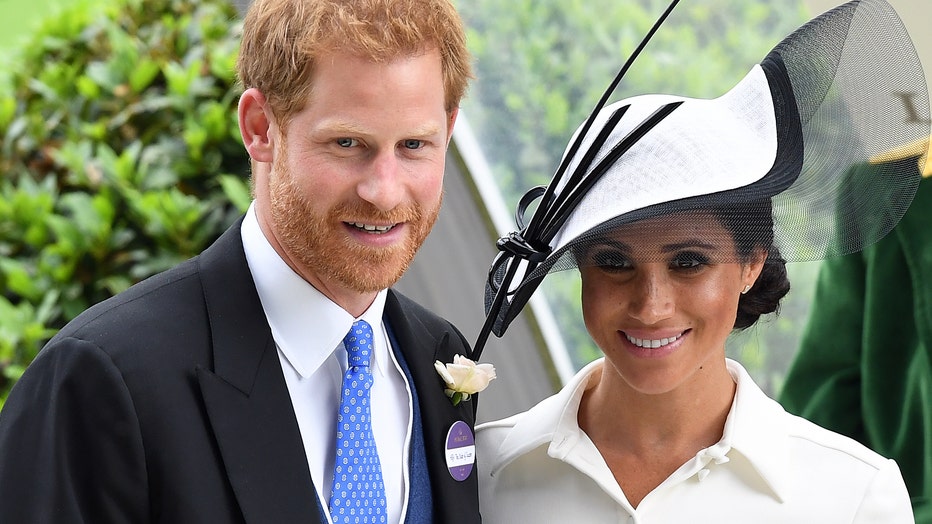 The Duke and Duchess of Sussex, Prince Harry and Meghan Markle, are shown in a file photo. (Photo by Anwar Hussein/WireImage)

Meghan, who is in Canada with the couple's baby son, Archie, is likely to join the meeting by phone.

Buckingham Palace said "a range of possibilities" would be discussed, but the queen was determined to resolve the situation within "days, not weeks." The palace said the goal was to agree on next steps at Monday's gathering, which follows days of talks among royal courtiers, though "any decision will take time to be implemented."

Among the details that need to be worked out are who will pay for the couple's currently taxpayer-funded security, what money-making activities they can undertake and what the tax consequences would be of moving to Canada or the United States. 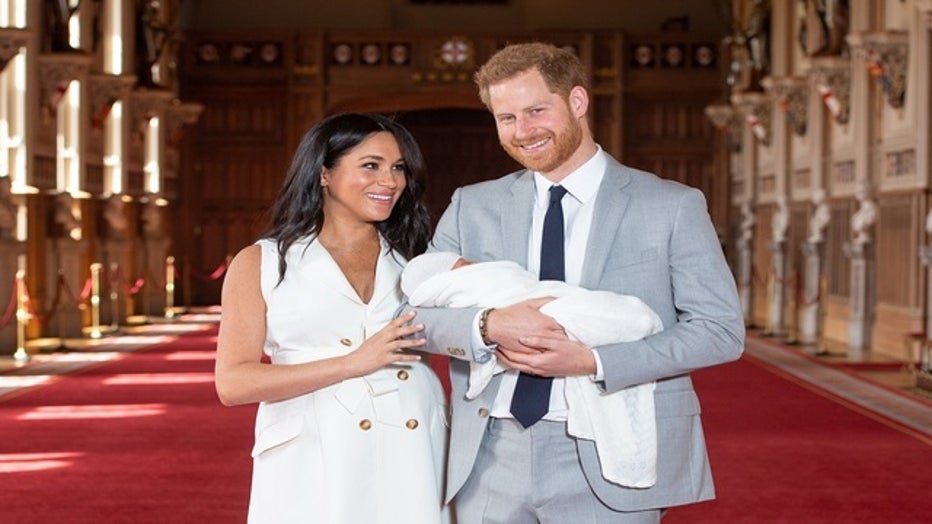 "The queen has said she wants it done really fast, and that is because she doesn't want Harry to go off in a huff, I am sure, and not come back," royal biographer Angela Levin told Sky News. "They want to maintain the link of the family. It would be an absolute tragedy if it was done with a very bad feeling."

However, evidence of bad feeling in the royal clan was spread across the pages of Britain's newspapers. The Sunday Times reported that William was sad that he and Harry were now "separate entities" because he wanted "everyone to play on the same team."

While royal officials say the queen was "hurt" by the surprise announcement, friends of Harry and Meghan say the couple felt they were being pushed aside because of the family's desire to focus on those in the line of succession -- Prince Charles, William and William's son George.

Tom Bradby, a TV journalist who is close to Harry and Meghan, warned in the Sunday Times that the royal family badly needed a peace deal to prevent "a protracted war" that could damage the monarchy.

"I have some idea of what might be aired in a full, no-holds-barred, sit-down interview (by Harry and Meghan) and I don't think it would be pretty," he wrote.

Harry, who is sixth in line to the throne, married American actress Meghan Markle at Windsor Castle in 2018, and their son was born in May 2019.

While many praised the couple for injecting youth and glamour into the royal family, last week's announcement marked an explosive turn in the growing rift between them and the rest of the clan. Harry said in an October interview that he and William -- destined one day to be king -- were on "different paths."

It also came amid the couple's growing unhappiness about their treatment by the media. Harry, who blames the press for the death of his mother, Princess Diana, in a Paris car crash in 1997, has long chafed at the intense scrutiny he receives. The couple have sued several newspapers over allegedly intrusive coverage, and Harry has accused the media of targeting the biracial Meghan with abuse, some of it with "racial undertones."

The couple's decision to distance themselves from the royal family has drawn a mixed reaction. Many Britons expressed sympathy for Meghan and Harry but said they should not receive taxpayer-funded security if they do not perform public duties.

There was near-universal sympathy, however, for the 93-year-old queen.

"I feel desperately sorry for her," said 70-year-old Jean Acton, who gathered with other local people to watch the monarch arrive at St. Mary Magdalene church. "It must be horrible -- for any parent, let alone if you're a royal or not."