PHOENIX - Repair work is scheduled to start this week on the Seventh Street bridge in Phoenix that was damaged by a gas-fueled fire last month.

Crews used hose lines to spray water and protect nearby buildings from burning.

City officials said the bridge sustained severe damage and about 35% of the bridge need to be removed and rebuilt.

The bridge that spans the Salt River will be closed for six months.

City crews are working on infrastructure that is placed at the bottom of the Salt River which will support the reconstruction efforts.

Bridge closure affecting those nearby

The explosion happened in an industrial area, and the bridge closure is making it tricky for one transportation company to navigate trucks.

"It’s really just a matter of trying to play a good game of Tetris to keep track of everything," said Chris Accomando with Dedicated Delivery Professionals.

The bridge closure is also affecting bikers and walkers, as paths in the area, like the Rio Salado Habitat Restoration Trailhead, are also closed.

"Who knows if that line goes under the riverbed or under the street, but we’re very fortunate. If that were around houses, there would be a lot more damage," said Accomando.

The city recommends the following detours:

Central Avenue is not recommended due to light rail construction. 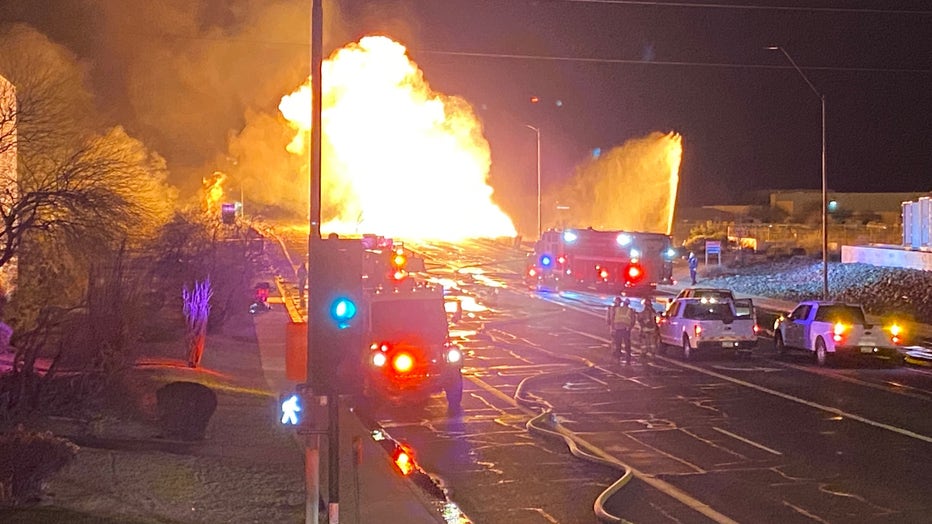