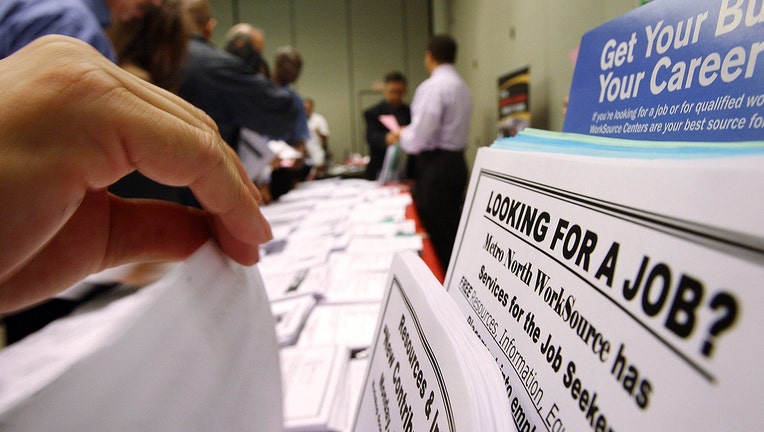 LOS ANGELES - Inaction by Congress could result in millions of Americans entering the New Year with little or no means of financial support, according to a report released Wednesday.

According to findings by The Century Foundation, a policy research institute, 12 million workers will be on one of two main CARES Act programs — Pandemic Unemployment Assistance (PUA) and Pandemic Emergency Unemployment Compensation (PEUC) — when funding expires on Dec. 26.

“This cutoff threatens to pull the rug out from under an economy that has already seen millions of workers lose their state unemployment benefits this fall,” the report read.

Based on the number of people already on federal and state benefits, an estimated 7.3 million workers will see their PUA benefits expire the day after Christmas. PUA eligibility started the week ending Feb. 9, but most who are eligible for PUA lost their employment in March and will be reaching the end of their benefits at the end of December.

More than 1 million workers in both California and New York could see their PUA benefits cut off, as well as more than 300,000 in Massachusetts, Michigan, Ohio, Pennsylvania, and Texas, respectively.

Meanwhile, the foundation said an estimated 4.6 million workers will see their PEUC benefits expire on Dec. 26.

“Only 2.9 million of those running out of PEUC will be able to collect EB in 2021—but states will have to pick up half of the cost at a time when their trust funds are depleted,” according to the report.

Will you get a second coronavirus stimulus check?

President Trump has previously signaled that he supports sending a second round of direct cash payments to Americans.

The largest share of affected workers under PEUC are in California (1.3 million), Texas (464,000), and New York (365,000), but other states are projected to have more than 150,000 workers facing a cutoff (Georgia, Illinois, Massachusetts, Michigan, and Pennsylvania).

RELATED: More than 900 of Mayo Clinic’s staff sickened with COVID-19

Congress passed the $2.2 trillion CARES Act in March in order to help Americans and businesses struggling financially during the COVID-19 pandemic. THE PEUC and PUA were part of the CARES Act, and aimed to expand and enhance unemployment insurance.

While the past few months have seen some economic recovery, there was still a shortage of 10.1 million jobs, or 6.6%, in October compared to pre-pandemic.

“The stakes of the expiration of jobless benefits are high, starting first and foremost with the major consequences of long-term unemployment,” the report read. “If benefits are cut off in December, it would be the earliest cutoff of extended benefits in any recent recession.”

“In the previous four recessions, extended benefits were available to workers until at least three years after the start of the recession, recognizing the length of time needed to create jobs for all of those who had lost work during the downturn,” according to the report.

The Century Foundation’s report comes as COVID-19 infections surge across the country, forcing businesses to close or halt operations once again.

A COVID-19 stimulus check has been on the table since July, but there has yet to be a sign imminent passage of a new relief bill.

Renewed restrictions on indoor businesses, overloaded hospitals and the coming end of unemployment benefits for millions of Americans have led governors to paint a dire picture of the months ahead unless the federal government steps in with more money and leadership to help them shore up their damaged budgets and beat back the resurgence of the coronavirus.

Between now and June 2022, state and local governments could be facing a shortfall of $400 billion or more by some estimates.

On a conference call Tuesday of Democratic governors from the Midwest, Wisconsin Gov. Tony Evers called for a sequel to the Coronavirus Aid, Relief and Economic Security Act adopted by Congress in March.

“There are workers and families and farmers and small businesses that are going to need our help, and frankly, we can’t do it alone,” he said. “We’re going to need a robust federal support system to help our states and economies recover beyond the federal CARES funds that expire at the end of the year.”

Casey Katims, federal liaison for Washington Gov. Jay Inslee, said the situation there is too dire for the state to wait until President-elect Joe Biden is sworn in Jan. 20.

“We need help by the end of this year,” Katims said.

In a news conference Tuesday, Maryland Gov. Larry Hogan, a Republican, made a similar push. "Everyone on both sides of the aisle in Washington needs to come together and finally get this done for the American people,” he said.

And in Colorado on Tuesday, Gov. Jared Polis, a Democrat, called a special legislative session to craft a $220 million state virus-related stimulus measure. “Even as cases have exploded across the country, Congress and the president have not yet passed much needed relief for people. Here in Colorado, we want to do the best with what we have to take care of our own,” he said.

President-elect Joe Biden called for Congress to put differences aside and provide “immediate relief” on Monday, according to NPR.

But a new infusion of federal money does not appear to be on the way anytime soon. A lame-duck session of Congress and a presidential administration on its way out have chilled the prospects for a deal.

Congressional Democrats and Republicans generally say a new stimulus bill is needed, but they disagree on the scope of it. Some Republicans are opposed to another round of checks directly to most taxpayers, and some don’t want Washington to “bail out” state and local governments that had financial struggles before the pandemic.

“With the stakes of the benefit cutoff perhaps higher than they have ever been before, there also seems to be a grave danger that unemployed Americans could be left behind during a lame duck session taking place in the overhang of a contested presidential election. But the numbers—and families behind them—leave no excuses for inaction,” The Century Foundation’s report said.