2 dead, 1 injured in shooting at Wawa in Upper Macungie Township

A man is dead after authorities said he opened fire on several people, killing one and injuring another, in the parking lot of a Wawa in Upper Macungie Township Wednesday morning before turning the gun on himself.

UPPER MACUNGIE TOWNSHIP, Pa. - A man is dead after authorities said he opened fire on several people, killing one and injuring another, in the parking lot of a Wawa in Upper Macungie Township Wednesday morning before turning the gun on himself.

The suspect has since been identified by authorities as Za Uk Lian, a 45-year-old man from South Whitehall Township.

Officers from the Upper Macungie Township Police Department were called to the area of Route 22 for reports of a shooting, according to Lehigh County District Attorney James B. Martin.

Investigators said just before 5 a.m. Lian was behind the wheel of a white Toyota Carolla when fired a single gunshot at another vehicle driven by a woman on Route 22 near Cedar Crest Boulevard. The woman was not injured and did not even realize her car had been hit until she pulled into the Wawa on Route 100 and Schantz Road, Martin said. 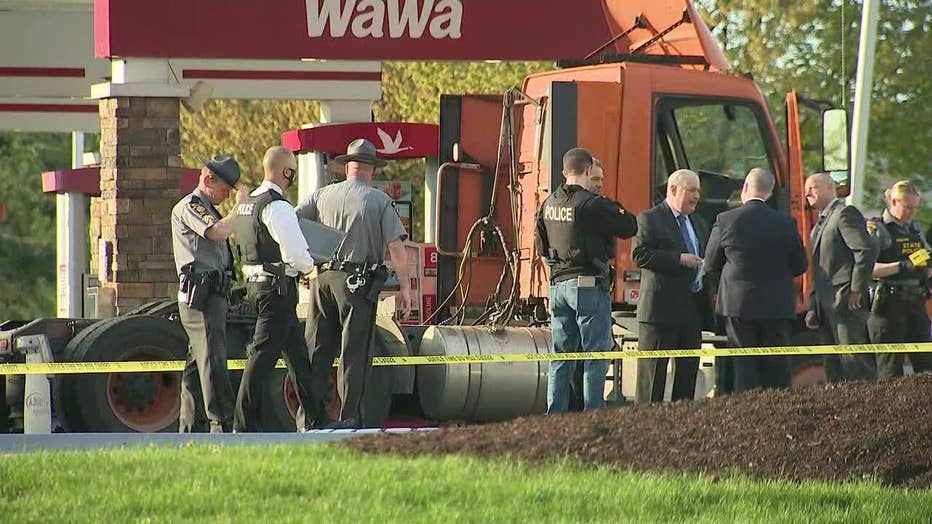 Lian then pulled into the southside of the Wawa parking lot and shot a man who was sitting inside a Jeep resulting in non-life-threatening injuries, according to detectives.

Investigators say Lian also shot and killed, 31-year-old Ramon Ramirez, the driver of a tractor who was pumping gas at the station.

Lian then ran from the Wawa and fatally shot himself in the hand and the chest, according to investigators.

"It appears the three shootings I described were indiscriminate and unrelated," Martin said.

Martin lauded a Wawa employee who was taking out trash during the shooting for ushering customers inside and alerting employees to shelter-in-place.

FOX 29's Kelly Rule reports Ramirez is survived by his wife and three children. A spokesperson for his employer, A. Duie Pyle Inc., called the incident 'a tragic loss of a working dad.'

Ramon Ramirez, 31, was simply pumping gas at the Wawa early Wednesday morning when he was shot and killed.