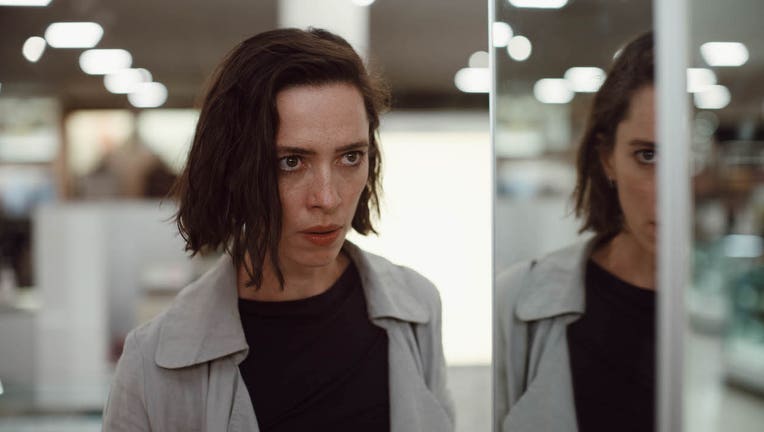 Rebecca Hall appears in "Resurrection" by Andrew Semans, an official selection of the Premieres section at the 2022 Sundance Film Festival. Courtesy of Sundance Institute | photo by Wyatt Garfield.

Chicago - Editor's note: This review originally ran as part of our coverage of the 2022 Sundance Film Festival on Feb. 4, 2022. It has been republished in light of the film's debut in theaters.

A year after pulling off a different kind of horror show in "The Night House," Rebecca Hall returns for yet another terrifying portrait of a woman on the edge. This time, rather than dealing with supernatural mirrors of past trauma, Hall plays a compelling protagonist thrown into the crucible of domestic abuse: Margaret is a successful medical executive who is confronted by the unexpected presence of her old abuser David (a perfectly chilly Tim Roth) as he starts to pop up on the periphery of her life.

WATCH FREE ON TUBI: Rebecca Hall in the ghostly horror movie "The Awakening"

About "Resurrection": A woman possessed

Hall, who hasn’t yet found a role that could stump her, leans fully into Maggie’s full-body response to her monster’s reappearance: At first sight, she drops everything and runs full-tilt away from the scene. Midway through the film, when Maggie discloses her horrifying past to an unsuspecting friendly ear, director Andrew Semans simply holds the camera on Hall, whose face is engulfed in a shadowy void as she delivers one of the most jaw-dropping monologues of her career.

Hall plays Maggie like a woman possessed, David’s reappearance sending her into a constant state of fight or flight. And the way her distress bounces off other characters — Maggie’s coworkers, her rebellious teen daughter (a great Grace Kaufman), David himself — is the film’s secret sauce.

"Resurrection" isn’t for everybody. It takes some major swings, especially in its third act, which turns positively Cronenbergian in its discomfiting body horror. But it’s hard not to admire "Resurrection" for its pointed reflection on sexual trauma, for Semans’ cold and isolating camera and especially for one of the most alive horror performances in recent memory.

Make it a double feature with "Christine," streaming free on Tubi

Christine (2017): Rebecca Hall garnered extensive recognition from critics associations around the world for her visceral performance in this harrowing drama. Directed by Antonio Campos, "Christine" dramatizes the true story of Florida news anchor Christine Chubbuck, who entered the annals of macabre history on July 15, 1974. (You’ll have to Google her to get more details.) In Campos’ film, Hall conveys the corrosive effect of a thousand sexist microaggressions on an ambitious soul in an exhausted, fed-up performance that doesn’t try to justify what Chubbuck did, but understands why she did it. Rated R. 119 minutes. Dir: Antonio Campos. Also featuring Michael C. Hall, Maria Dizzia, Tracy Letts, J. Smith-Cameron.

"Christine" is streaming free on Tubi — get the app

How to watch "Resurrection"

"Resurrection" premieres in theaters July 29. It will be available digitally and On Demand starting Aug. 5.