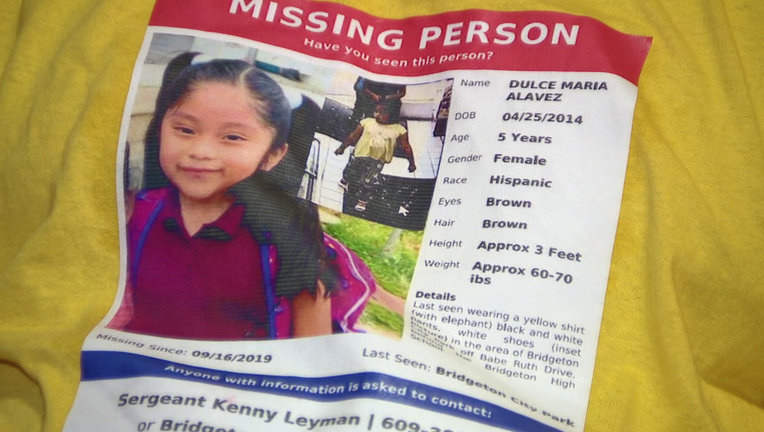 BRIDGETON, N.J. - Law enforcement officials from various agencies continue their search for a 5-year-old girl who they say was abducted from a Cumberland County park in mid-September.

Monday marks three months since Dulce Maria Alavez vanished from Bridgeton City Park after playing on the swings with her 3-year-old brother.

On Sept. 16, Alavez's mother was sitting in her car 30 yards away with an 8-year-old relative. Her 3-year-old son returned to the car without Alavez.

Investigators say Alavez was lured into the back seat of a red van by a male suspect who has been described as 5-foot-6 to 5-foot-8, with a thin build and acne on his face. He was wearing orange sneakers, red pants and a black shirt at the time of the reported abduction.

On Monday, authorities will launch a community outreach operation to remind residents that Alavez remains missing. Officials will be traveling to Bridgeton neighborhoods to hand out flyers beginning at 4:30 p.m. 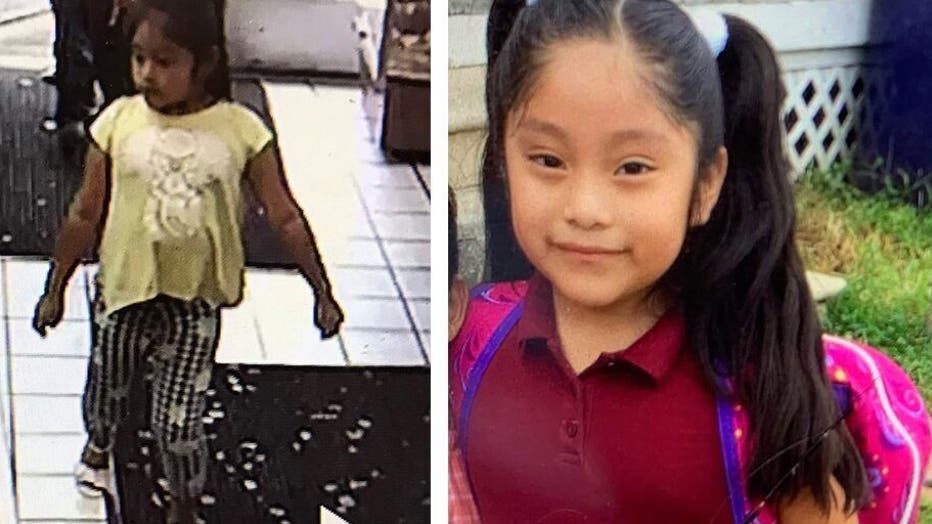 Police describe Alavez as 3-foot-5 with a medium build and dark-colored hair. She was last seen wearing a yellow shirt, black and white checkered pants with a floral design and white sandals.

A $75,000 reward has been offered for information leading to Alavez's return. Officials urge potential witnesses that authorities are not concerned with immigration status and are focused on information surrounding Alavez's disappearance.

Anyone with information is urged to contact the Bridgeton City Police Department at 856-451-0033.