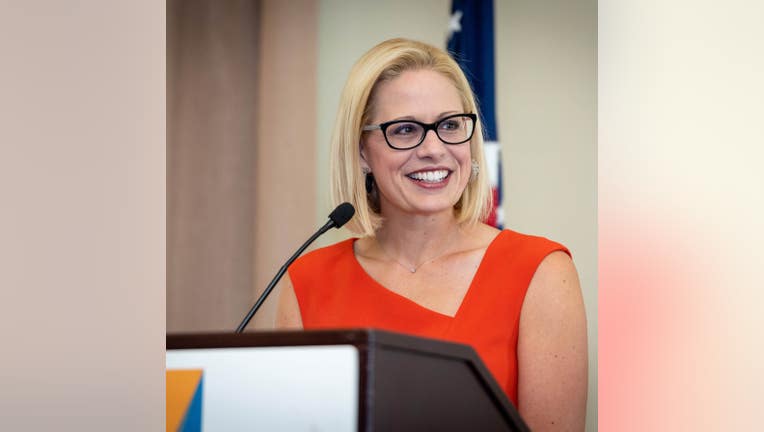 The senior senator of Arizona released a statement on her decision shortly before the final vote began. Ultimately, Senators did not vote to remove Trump. It would take 67 votes in the Republican-dominated Senate -- two-thirds of senators -- to do so.

"The facts are clear; security aid was withheld from Ukraine in an attempt to benefit the president’s political campaign. While White House attorneys claim this behavior is not serious, it is dangerous to the fundamental principles of American democracy to use the power of the federal government for personal or political gain. Worse, they failed to assure the American people that this behavior will not continue and that future national security decisions will be made free from personal interests," read a portion of the statement.

Sen. Sinema's announcement came after Alabama Sen. Doug Jones, the most endangered Democrat in this November's elections, said he will vote to convict Trump.

The Associated Press has noted that Sen. Sinema, along with Sen. Joe Manchin of West Virginia, were among the Democrats being closely watched for their votes.

Utah Sen. Mitt Romney (R) also said on Wednesday that he will vote to convict Trump, becoming the first Republican to break ranks.