Silent Witness needs your help to track down two suspects for attempted robberies that took place in Phoenix.

PHOENIX - Silent Witness needs your help to track down two suspects for attempted robberies that took place in Phoenix.

Police say on August 15, a 36-year-old woman was getting money from an ATM around 9:30 p.m. near 35th Avenue and Thunderbird Road. Just as she completed her transaction, investigators say the male suspect went up to her car and pointed a shotgun in her direction.

The suspect began to say something to the victim, but she quickly drove away in her vehicle.

The man got into a red sedan and took off from the scene. He's described as Hispanic, 5' 11" tall and 250 pounds. He was wearing a red bandana, red shirt, blue jeans and white shoes. 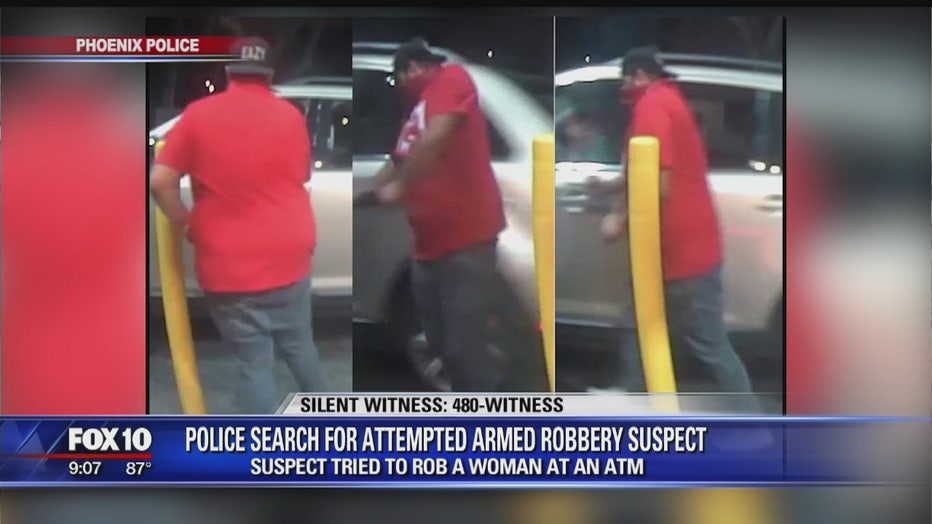 Also on August 15, police say a male suspect attempted to rob a Shell gas station near 40th Street and Southern Avenue. Investigators say the man walked into the business around 9:00 p.m. and set a handgun on the counter. He pointed the gun towards the clerk and demanded money.

You can see the suspect talking to the clerk for about a minute or so, then he puts the gun back in his waistband and leaves the scene in a silver truck without getting anything.

He's described as Hispanic or Native American, between 19 and 21 years old, 5' 7" to 5' 8" tall with an average build and medium-length brown hair. 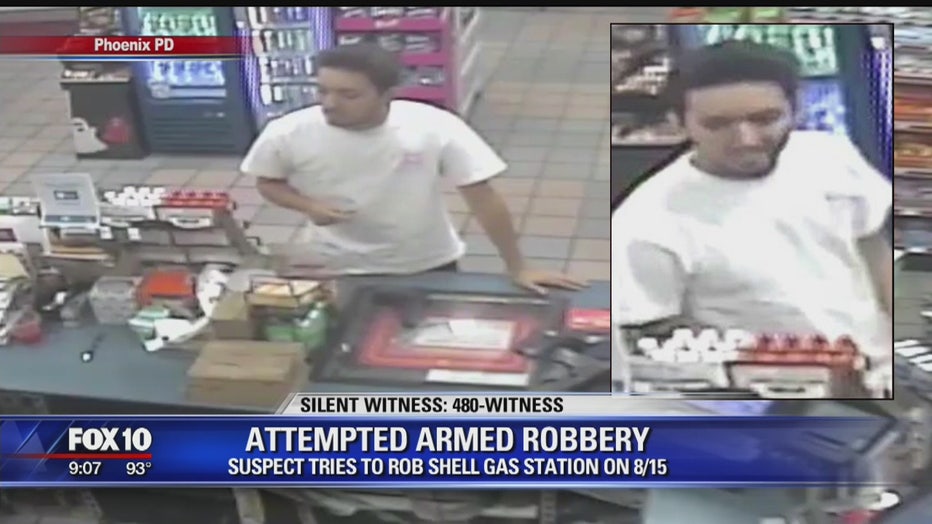 If you have any information about these cases, call Silent Witness. You can remain anonymous and receive a cash award for tips leading to an arrest or indictment.