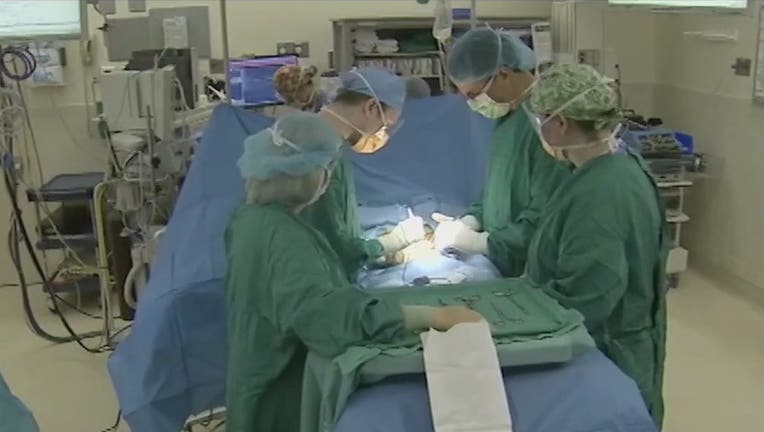 PHOENIX - Some hospitals halted elective surgeries on June 25 as the number of COVID-19 cases remained on the rise since Republican Gov. Doug Ducey lifted stay-home restrictions in May.

Health officials have attributed the rising number of cases to both increased testing and community spread of the disease. The state Department of Health Services reported 3,056 additional COVID-19 cases on Thursday, the fourth day in a week in which the state had daily increases over 3,000.

The state has seen 63,030 cases with 1,490 deaths, including 27 reported Thursday. The department reported that a record 2,453 people were hospitalized for COVID-19 as of Wednesday, including 611 in intensive care beds and a record 415 on ventilators.

Meanwhile, University of Arizona President Robert Robbins said the increases were alarming and that officials would carefully monitor conditions before making a decision on whether students would return to its Tucson campus in August.

“If I had to say today would we would reopen, no, because ... the ICUs are full,” he said. “We cannot have a situation where we're bringing students back to campus, asking our faculty and staff to come back to campus when we're in truly an exponential growth of the number of cases here.”

In Tempe, Arizona State University President Michael Crow told faculty members and other employees in an email Wednesday that the university remained on track for students to return to ASU campuses in late August.

“Much time and thought has also been dedicated to how to bring ASU employees back to our campuses and facilities in the safest and most diligent manner," Crow said.

Dignity Health is halting elective surgeries starting June 27 at St. Joseph’s hospital near downtown Phoenix and the smaller Westgate hospital in the West Valley, spokeswoman Carmelle Malkovich said. At hospitals in Chandler and Gilbert, officials are closely watching planned elective surgeries that might result in a hospitalization “and are adapting as needed,” she said.

An official with Honor Health, which operates hospitals in Scottsdale and North Phoenix, said elective surgeries are continuing.

Yavapai Regional Medical Center spokesman said the Prescott hospital was restricting elective procedures and evaluating them daily and also not planning to accept transfers of patients from hospitals in metro Phoenix or elsewhere in Arizona, The Daily Courier reported.

The state on March 19 restricted elective surgeries to save hospital capacity and personal protective equipment for use in treating COVID-19 patients, but on May 1 allowed the procedures to resume as officials said hospitals had enough capacity and the ability to add more beds.

Ducey last week allowed counties and municipalities to require people to wear face coverings in public, and many have done so, including in metro Phoenix and Tucson.

For most people, the coronavirus causes mild or moderate symptoms, such as fever and cough that clear up in two to three weeks. But for some — especially older adults and people with existing health problems — it can cause more severe illness, including pneumonia and death.

Governor Doug Ducey admitted during a news conference that Arizona is getting hit hard by COVID-19, and that this is just the first wave with more to come.

The state Department of Health Services said the additional cases raised the statewide total to 63,030 with 1,490 deaths, including 27 reported Thursday.

Where to get COVID-19 testing in the Phoenix area, with or without symptoms

Many may feel confused about where to get tested for COVID-19 in Arizona, especially if they are asymptomatic and are trying to be cautious. This is a list of testing locations based off on symptoms requirements.