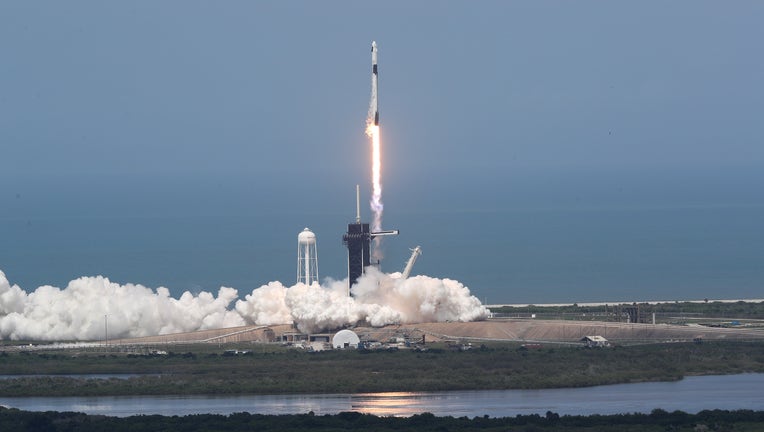 CAPE CANAVERAL, FLORIDA - MAY 30: The SpaceX Falcon 9 rocket with the manned Crew Dragon spacecraft attached takes off from launch pad 39A at the Kennedy Space Center on May 30, 2020 in Cape Canaveral, Florida. NASA astronauts Bob Behnken and Doug Hu

When a new date is picked, SpaceX will launch the Falcon 9 rocket from Cape Canaveral, carrying another batch of Starlink satellites into orbit.

The launch, which is SpaceX's 10th Starlink mission, is part of the company's effort to deliver broadband internet service from low-Earth orbit. There are just under 600 satellites in orbit. SpaceX launched its first batch of 60 Starlink satellites on May 23, 2019.

When the launch happens, you'll be able to watch it on FOX 35 News.