Specialized canine auditory gear has been developed to protect military dogs from hearing loss during training, the U.S. Army said Wednesday in a news release.

"Even a short helicopter flight can affect a dog's hearing, resulting in impaired performance and inability to hear the handler's commands, which can hinder the mission," said Dr. Stephen Lee, senior scientist at Army Research Office. "This new technology protects the canine while on missions and can extend the dog's working life.“ 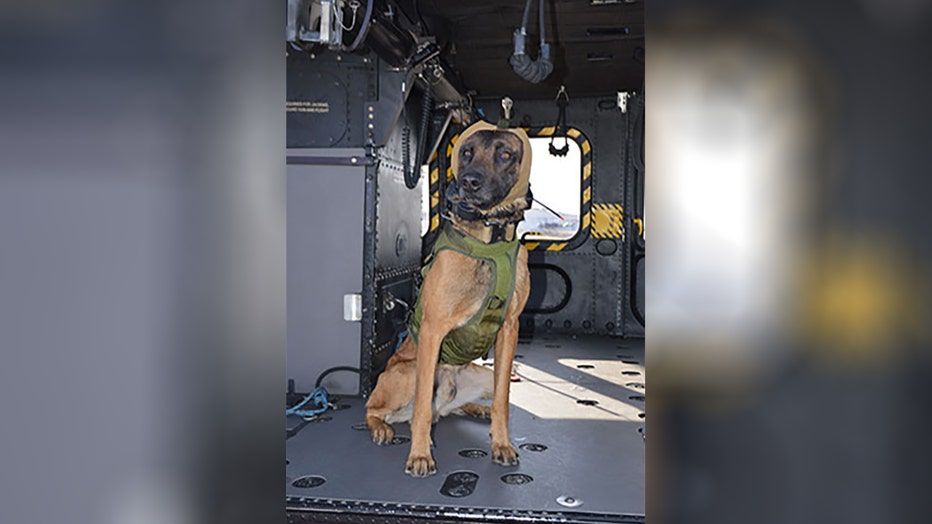 Specialized canine auditory gear has been developed to protect military dogs from hearing loss during training, the U.S. Army said Wednesday in a news release.

“Military working dogs played a vital role in the recent raid and death of ISIS leader Abu Bakr al-Baghdadi; however, temporary and permanent hearing loss due to high-decibel noise in training, transport and operations put these animals at risk,” the news release said.

Until now, the hearing systems used to protect the military dogs’ hearing were “rigid, cumbersome and hard to put on the dog, with limited effectiveness in testing for the protection of canine hearing,” according to the release.

“The CAPS uses lightweight, high-quality acoustic absorption materials to block unwanted sounds. Unlike conventional canine hearing protection, this solution is constructed of flexible materials that conform to the unique shape of a dog's head. This flexibility ensures proper sealing around the ear and maximum sound reduction,” the release said.

The Army described the new canine auditory gear as a “snood-style” one.

“The snood-style headgear, resembling a close-fitting hood, uniformly distributes the pressure required to hold the hearing protection in place, while avoiding challenges associated with straps. At a little more than an inch thick, the device's low profile will not be a hindrance for dogs working in tight spaces,” the Army said, adding that it is also compatible with other gear used by working dogs, such as goggles.

"This new technology will extend canines ability to work in a wide range of environments in combination with the Soldier and autonomous systems that could greatly enhance situational awareness of the individual Soldier in the future and empower a broader use for military working dogs in operations," Lee said.

Zeteo Tech, a Maryland-based small business founded in 2013, is dedicated to "developing and delivering solutions to address the health and welfare of the military and others who serve the nation," McLoughlin said.