State Route 188 closed near Roosevelt Lake due to mudslide

GILA COUNTY, Ariz. - State Route 188 was closed in both directions between milesposts 242 and 255 north of Roosevelt Lake due to a mudslide.

"The mud and debris flow that occurred along SR 188 represents an ever-present possibility out of burned areas. Another recent example is flooding that devastated State Route 88 (Apache Trail) between Tortilla Flat and Apache Lake. A stretch of 7 unpaved miles of that highway, between the Fish Creek Hill overlook and Apache Lake, remains closed indefinitely due to last year’s damage and the potential for more intense flooding out of the Woodbury Fire scar," stated ADOT officials. 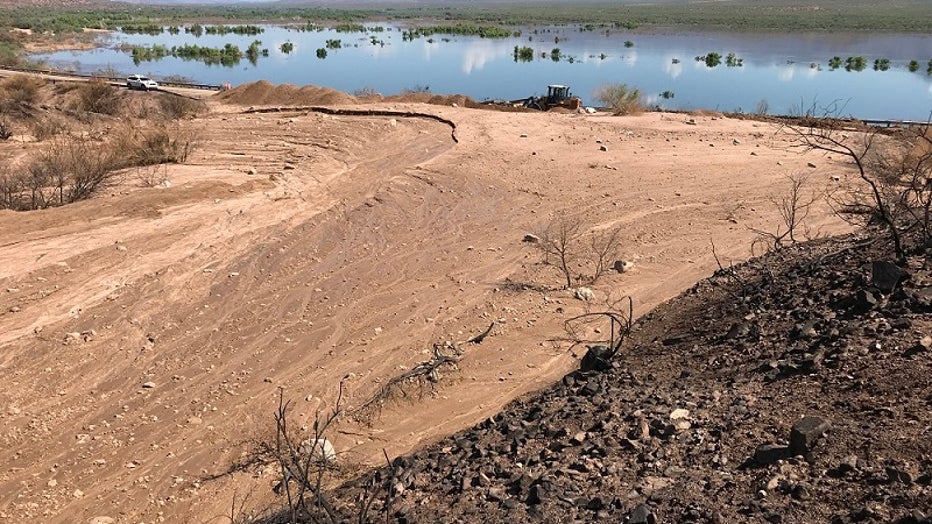 Just after 4 p.m. on July 28, SR 188 reopened to traffic following the previous night's mudslide and clean-up.

ADOT says drivers be aware of the potential for flooding, debris flows and closures. Work crews will also be in the area for the next several days to remove debris from box culverts and washes.

A guardrail was damaged during the mudslide, but officials say the highway appears to be unharmed. 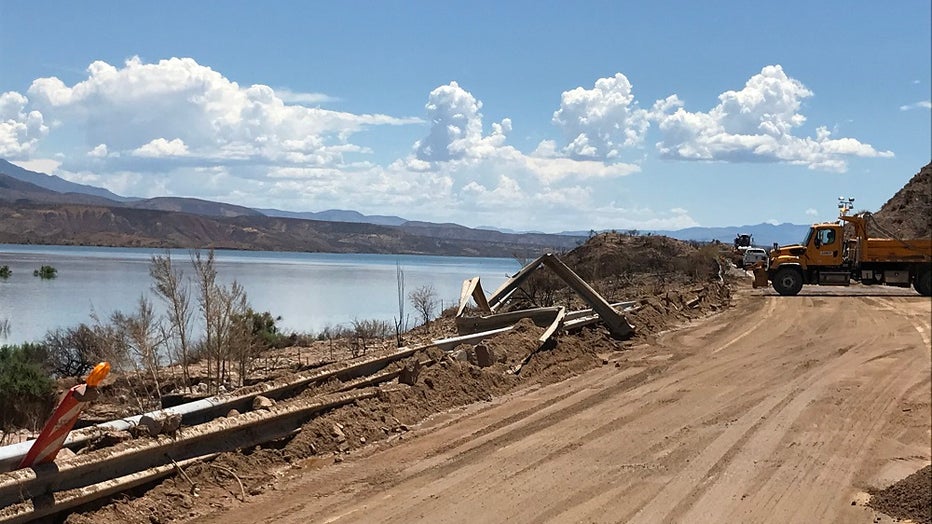 State Route 188 closed near Roosevelt Lake due to mudslide