A geoscientist said that not only is the ie sheet melting, it ismelting at a faster pace.

GREENLAND - A significant part of the western Greenland ice sheet may reach a tipping point, which would make its current configuration become unstable, a new study suggests.

According to the research article, published in the Proceedings of the National Academy of Sciences on Tuesday, the reason for this potential tipping point is due to the ice sheet melting from the warming of Earth’s atmosphere.

"Melting reduces ice sheet height, exposing the ice sheet surface to warmer temperatures, which further accelerates melting," the study authors wrote. "We reveal early-warning signals for a forthcoming critical transition from ice-core-derived height reconstructions and infer that the western Greenland Ice Sheet has been losing stability in response to rising temperatures. We show that the melt-elevation feedback is likely to be responsible for the observed destabilization."

According to model simulations analyzed, the researchers predict a critical temperature threshold beyond what the current ice sheet's state can maintain. 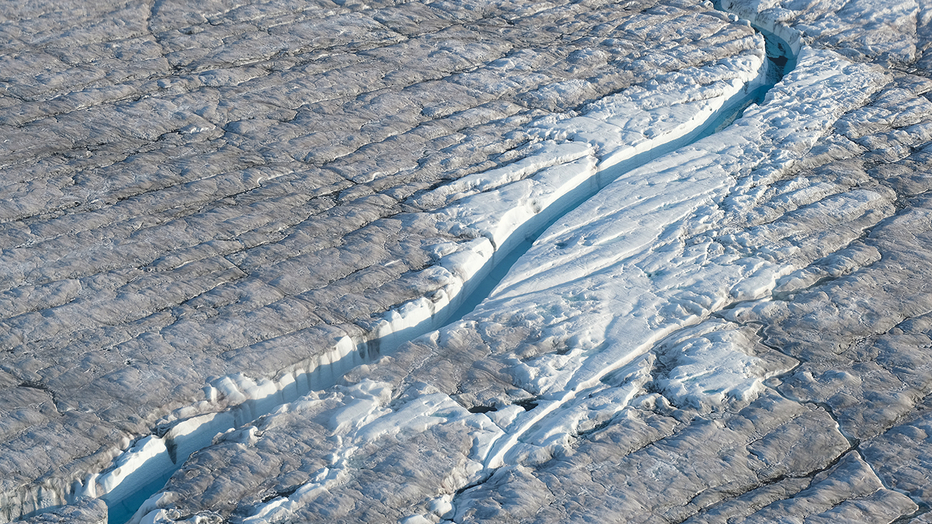 ILULISSAT, GREENLAND - AUGUST 04: In this view from an airplane meltwater carves a canal into the Greenland ice sheet near Sermeq Avangnardleq glacier on August 04, 2019 near Ilulissat, Greenland. The Sahara heat wave that recently sent temperatures

The researchers also noted that mass reductions to the ice sheet could have substantial impacts on global sea level and the speed of the Atlantic Meridional Overturning Circulation, due to the additional freshwater caused by the increased meltwater runoff.

The researchers said this study suggests "substantially enhanced melting in the near future" and they are calling for urgent assessments of other parts of the Greenland ice sheet.

This study comes as melting rates across the world, including Greenland, have accelerated in recent decades.

Last year, another study in Communications Earth & Environment, showed that Greenland lost a record amount of ice during an extra warm 2019, with the melt massive enough to cover California in more than four feet of water.

"Not only is the Greenland ice sheet melting, but it’s melting at a faster and faster pace," said study lead author Ingo Sasgen, a geoscientist at the Alfred Wegener Institute in Germany.

That sounds like a tiny amount but "in our world it’s huge, that’s astounding," said the study’s co-author Alex Gardner, a NASA ice scientist.