A man was arrested after the car he was driving crashed into a Phoenix home&nbsp;and officials say a woman inside the vehicle was suffering from a gunshot wound.

PHOENIX - A car crashed into a home in Phoenix and the fire department says a woman inside the vehicle was suffering from a gunshot wound.

At about 3:30 p.m. on April 10, officers responded to a call about a woman being assaulted inside a vehicle that crashed into a house.

"Officers arrived and located an unresponsive female in the vehicle and witnesses restraining a male suspect from leaving," stated Sgt. Maggie Cox.

The woman, identified as 23-year-old Mikayla Ballesteros, was transported to an area hospital and later pronounced dead. 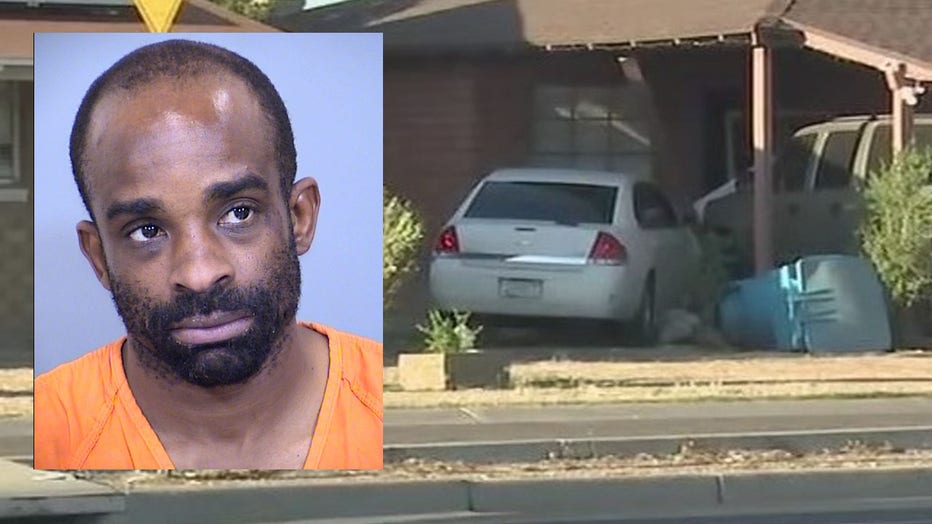 The suspect, identified as 37-year-old Carnell Cunningham, was detained by officers and transported to a hospital for injuries he sustained in the crash.

"During the investigation, detectives developed probable cause to arrest Carnell Cunningham for murder and aggravated assault. Cunningham was the victim, Ballesteros’s boyfriend," said Cox.

No one inside the home was hurt.