LOS ANGELES - The man who was caught on camera robbing and assaulting an elderly Lyft driver in South El Monte has been arrested.

The suspect, identified as 26-year-old Dandre Lorenz Powell, was arrested about a week after the brutal attack, law enforcement officials announced Thursday during a press conference. 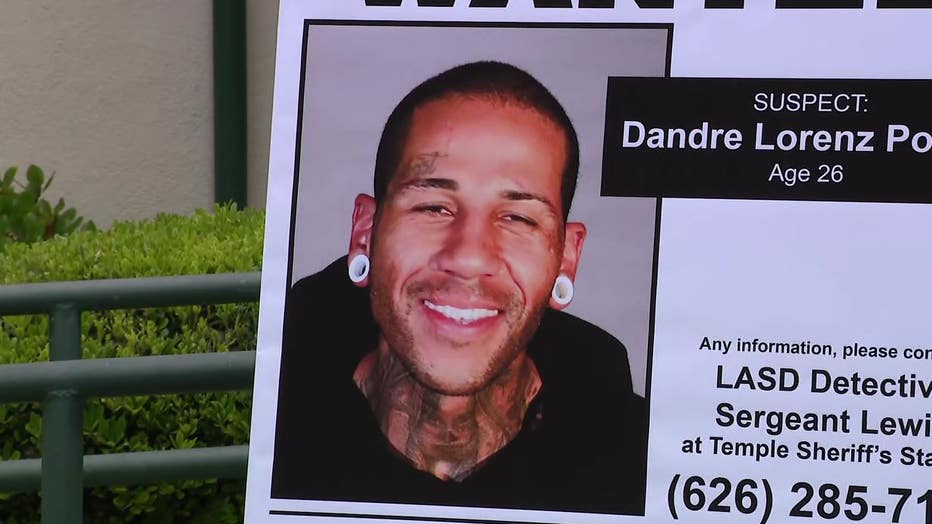 The Los Angeles County Sheriff’s Department worked alongside with the US Marshals Fugitive Task Force to bring this wanted suspect into custody. They say Powell has an extensive criminal history and was on probation.

Back on May 10, Lyft driver, Paul Lao, was attacked and robbed at gunpoint at a gas station near the intersection of Rosemead Boulevard and Rush Street.

According to the victim’s daughter-in-law, Lao was refueling and washing his car when the suspect entered through the back door and pointed a gun at him demanding him to hand over his wallet.

Video shared with FOX 11 showed the armed suspect waving a gun while talking with the victim. The suspect stole his cellphone and cash. Christine, the victim’s daughter-in-law says he had about $1,560 in his pocket at the time.

After taking the money, the suspect then asked Lao to get out of his car and demanded the keys. But the driver explained the BMW is keyless and can only be driven by him. The suspect became angry and hit Lao on his face with the gun, then exited the car.

The victim suffered a fractured nose.

A Lyft driver sitting in his car at a gas station was beaten and robbed at gunpoint; the entire incident was captured on video.

The sheriff’s department says numerous tips and calls came in about the suspect. Sheriff Alex Villanueva says they were able to solve this case with the help of the public.

"Without this video we may have never been able to identify the suspect," said Captain of Temple Sheriff Station Mark Reyes.

"Uber drivers, Lyft drivers, maybe it is a good idea… get those dashcams, you saw how clear that was. That’s for your safety as well. It was able to get such good footage and very clear to be able to capture this person so quickly," stated South El Monte Mayor Gloria Olmos.

Law enforcement officials say they locked down a location on Powell and set up surveillance. As he left an establishment officers were able to make a traffic stop and take him into custody.

Officials say he was in possession of a handgun at the time of his arrest.

Sheriff Alex Villanueva says under normal circumstances Powell is looking at his third strike, along with a gun enhancement. But the sheriff said under the current DA, George Gascón, Powell could be out in five years if convicted.

"He should be out in 25 to 30 years, not at the peak of his criminal career, this does not make us any safer," Villanueva stated.

Powell is currently being held on $2 million bail.

Investigators asked anyone who may have been victimized by the suspect to contact the LASD Temple Station at 626-285-7171.