In a raw and emotional video posted to Instagram on Monday, the 21-year-old athlete announced, "Unfortunately, I will have to withdraw from the individual event starting tomorrow." He described the turn of events as "pretty unreal," as he admitted he was still processing it all.

"I have been doing everything I can to stay free of Covid since the start of the pandemic," Zhou said, adding, "I've taken all the precautions I can. I've isolated myself so much that the loneliness I've felt in the last month or two has been crushing at times."

He went on to say, "The enormity of the situation, the pain of it all is pretty insane."

Zhou tested positive during a routine screening, the U.S. Figure Skating Association said in a statement Monday, the same day the U.S. team took silver in the team competition.

He said he's shed a lot of tears, though they haven't been all sad tears.

"I’ve already lost count of the number of times I’ve cried today," the skater said. "But I’m happy to say that at least one of those times was happy tears. That was when I found out that I became an Olympic silver medalist."

On Monday the U.S. Figure Skating Association posted a message to Zhou on Twitter, expressing its pride and support for the athlete and wishing him a speedy recovery.  "#TeamUSA is behind you," it said.

Zhou's departure left the U.S. with just two competitors, Jason Brown and Nathen Che, in the men's individual competition, which was set to begin Tuesday (Monday night in the U.S.). Under the rules, because Zhou already skated in the team competition, he can't be replaced.

Growing up in the Bay Area, Zhou practiced with The Skating Club of San Francisco. One of his coaches was 1980 Olympics silver medalist Charlie Tickner, from Lafayette. Zhou is a three-time U.S. national silver medalist and finished sixth in the 2018 Winter Olympics, where he became the first skater to successfully land a quadruple Lutz jump.

The Olympian on Monday praised and thanked his fellow skaters on Team USA, calling them the best in the world in the sport. "I'm sorry that I couldn't continue this journey with you guys any longer and our paths diverge form here," he said, adding with resolve, "This is not the end. This is a set-up for a bigger comeback."

Zhou said he expects to compete in next month's world championships in France.

The psychological toll on Olympians 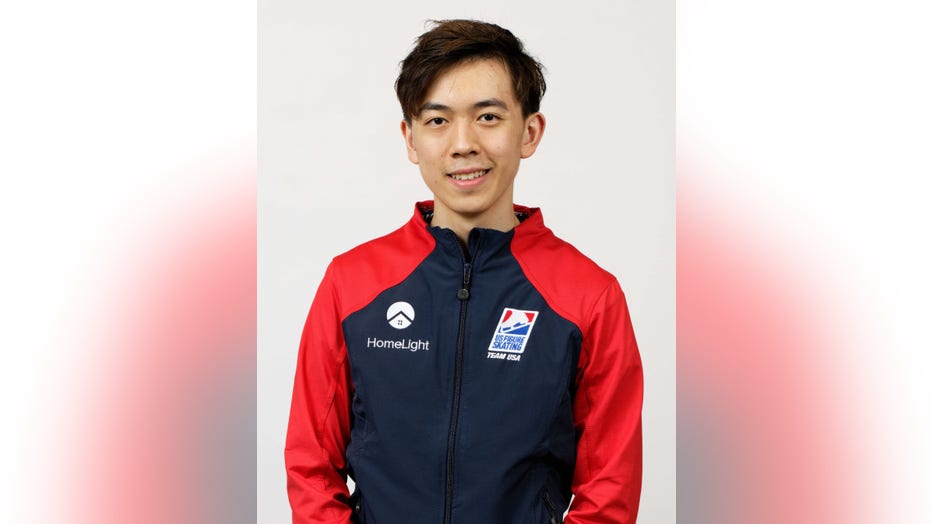 Bay Area-born U.S. Olympic figure skater Vincent Zhou announced on Monday, Feb. 7, 2022 that he has dropped out of the Beijing Winter Games, after testing positive of COVID-19. (U.S. Figure Skating)

Bay City News contributed to this story, which was reported from Oakland, Calif.