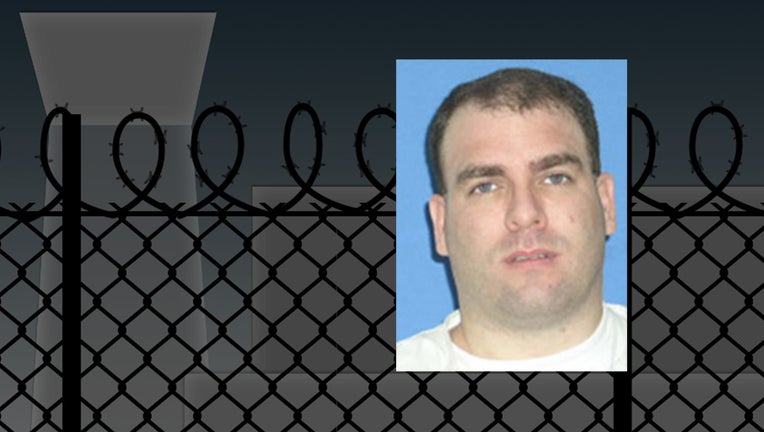 This short statement is what you'll find under Larry Swearingen's death row record for his summary of the incident. However, he's arguing that the details of his case, and the murder of Melissa Trotter, are much more complex.

Larry Swearingen met Melissa Trotter, a 19-year-old Montgomery College student, on December 6, 1998, where they had a conversation and exchanged numbers. They planned on meeting up the next day, but Swearingen grew irritated when she didn't arrive, according to co-workers.

They were spotted together on December 8 at the college library at 1:30 p.m., and were seen leaving together at 2:00 p.m. Melissa's car remained parked at the school. This was the last time she was seen alive.

At 2:05 p.m., Swearingen returned a page and said he would have to call back later because he was at lunch with a friend.

On December 11, Swearingen was arrested pursuant to unrelated outstanding warrants.

On January 2, 1999, Melissa's body was found in Sam Houston National Forest with a ligature made from pantyhose still tied around her neck. The police had searched the area three times before her body was found by hunters. Swearingen knew the area well.

Based on the state of decomposition, it was estimated that her body had been in the woods for around 25 days, supporting the possible date of her death to be December 8.

A supposed match to the other half of the pantyhose was found at the Swearingen home, along with a pack of Malboro Lights and a lighter resembling one belonging to Melissa. Neither Larry nor his wife smoked.

Fibers were found on Melissa's body matching Swearingen's jacket, car seat, and carpet at his house. There were also hair strands in his car that looked to be pulled from Melissa's head, showing definitively that she had been in Swearingen's car at some point before her death.

Further incriminating evidence includes a letter that was written by Larry and sent to his mother with the help of another inmate and a Spanish-English dictionary from a woman named "Robin", claiming to know who Melissa's real killer was. The letter gave insight into investigators' suspicions that Melissa's death resulted from violence sparked by sexual rejection.

These are the undeniable facts of the case. Swearingen, however, clings to DNA evidence and forensic science to maintain his innocence. He has been assigned several execution dates, pushing back his death based on many of what he and his attorneys perceive to be discrepancies.

They cite discrepancies in witness testimonies as well as cell phone records to place Swearingen at different locations at key dates and times in the case, according to his website.

The main focus of the defense, however, has been on the state of Melissa's remains and DNA testing and evidence.

Statements from two other medical examiners have reevaluated Melissa's autopsy report and estimated that based on lack of insect and bacteria colonies and general state of her body and tissues upon discovery, the remains could have only been in the forest for just under a week at most, even with the near-freezing low winter temperatures. A statement such as this implies that Swearingen is innocent since he was in jail three days after Melissa went missing, and much longer before her estimated death according to this analysis.

One examiner allows for the exception of post-mortem refrigeration before her body was deposited at the location, but says the absence of certain signs of this on the body, this is not likely.

Additionally, Swearingen's attorneys have claimed that none of the DNA evidence has definitively placed Larry at the scene of Melissa's body. Their appeals have consisted of requests for DNA testing on Melissa's fingernail scrapings, the ligature used for strangulation as well as the alleged other half found at Larry's home, cigarette butts found near her body not offered at trial, various items of her clothing, the rape kit, and hairs and hairbrush collected from the scene.

After several appeals and a debacle involving another inmate rumored to be taking the fall for Melissa's murder, DNA samples were finally tested, with no conclusive evidence. Authorities were hesitant to test due to the "mountain of evidence" already stacked against Swearingen.

Due to this process, DNA testing laws have changed in death penalty cases. Previously, if it was unknown if there was biological evidence, it didn't need to be tested, even if invisible to the naked eye. Now, courts can grant testing of key evidence that has “a reasonable likelihood of containing biological material”—such as skin, saliva or sweat. Swearingen's attorneys have used this avenue of possibility for repeated appeals.

As of 2019, DNA testing on evidence has made no major changes to the case. DNA on the cigarette butts found near Melissa's body only led back to the hunters that found her.

Swearingen's case has attracted attention from many non-profit organizations willing to back up his claims, including the Innocence Project and The Innocence Network. Additionally, judges have given dissenting opinions.

There is no new DNA evidence left to test and no pending appeals. Swearingen's execution is set for August 21, 2019, with no current sign of more delays. After two long decades without their daughter, the Trotter family is ready to end this chapter and obtain justice for lost Melissa.