In a letter released Friday, Texas Gov. Greg Abbott wrote that the state will reject the resettlement of new refugees.

HOUSTON (AP) - Texas Gov. Greg Abbott said the state will reject the resettlement of new refugees, becoming the first state known to do so under a recent Trump administration order.

In a letter released Friday, Abbott wrote that Texas “has been left by Congress to deal with disproportionate migration issues resulting from a broken federal immigration system.” He added that Texas has done "more than its share.”

Texas has long been a leader in settling refugees, taking in more than any other state during the 2018 governmental fiscal year, according to the United Nations High Commissioner for Refugees. The state has large refugee populations in several of its major cities. 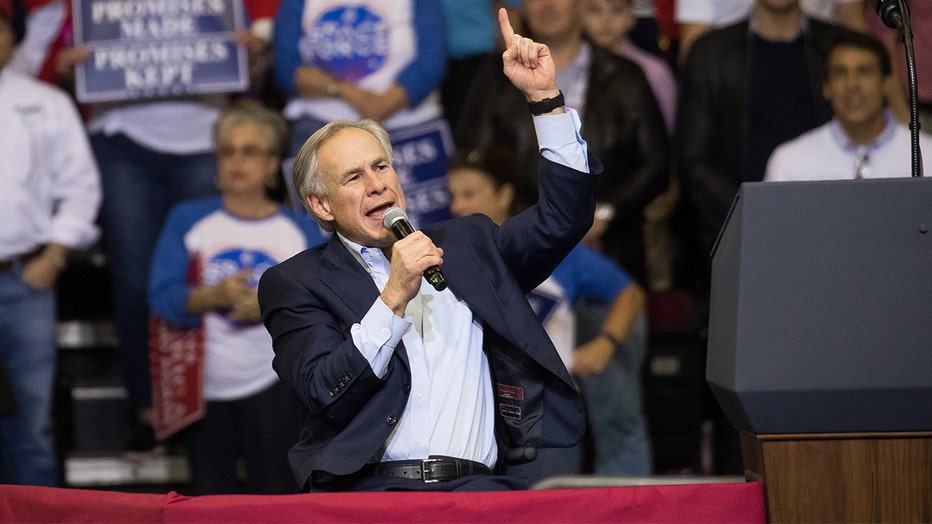 FILE: Governor Greg Abbott of Texas addresses the crowd before President Donald Trump took the stage for a rally in support of Sen. Ted Cruz (R-TX) on October 22, 2018 at the Toyota Center in Houston, Texas. (Photo by Loren Elliott/Getty Images)

But Abbott has tried to stop refugees before, declaring in 2015 that Texas would not welcome people from Syria following the deadly Paris attacks that November. At the time, the administration of former President Barack Obama continued to send refugees to Texas and other states led by Republican governors who were opposed to it.

President Donald Trump announced in November that resettlement agencies must get written consent from state and local officials in any jurisdiction where they want to help resettle refugees beyond June 2020. Trump has already slashed the number of refugees allowed into the country for the 2020 fiscal year, which ends in September, to a historic low of 18,000. About 30,000 refugees were resettled in the U.S. during the previous fiscal year.

Governors in 42 other states have said they will consent to allowing in more refugees, according to the Lutheran Immigration and Refugee Service.

In his letter to Secretary of State Mike Pompeo, Abbott argued that the state and its non-profit organizations should instead focus on “those who are already here, including refugees, migrants, and the homeless — indeed, all Texans.”